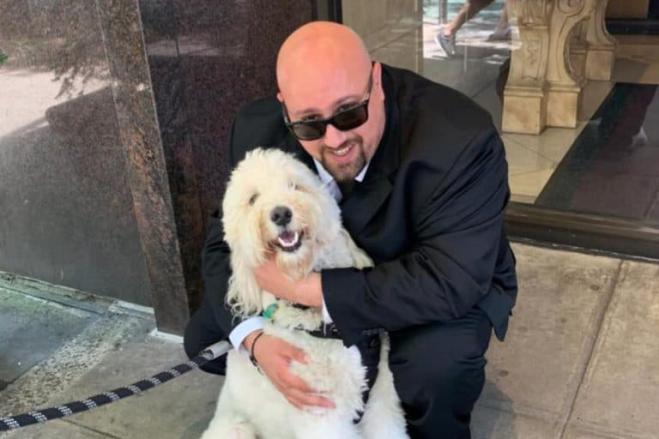 The funeral of 29-year-old expatriate George Zapantis, who died during his arrest and after excessive use of police force, after receiving three shots with a taser, on June 21, will take place today

The funeral procession is scheduled for 9.30 a.m. New York time at the Holy Cross Holy Temple in Whitestone New york, and will be officiated by Archbishop Elpidoforos.

The funeral expenses was undertaken by the Archdiocese of America.

Indignation of the Greek community
The family hired an independent medical examiner, who performed the autopsy and the report from the New York City Medical Examiner's Office is expected to be released in about 30 days. Speaking to ANT1, the family's lawyer, George Vombolakis, said that the investigations are at an early stage and they expect to see the videos from the police cameras in the coming days so that there is a complete picture of what exactly happened when the police broke into the family home. Zapanti.

Meanwhile, there is resentment and bitterness among the Greek-American community in New York over the fact that the American media did not cover the tragic event at length.

Criticism has also been leveled at the fact that there has been no immediate condemnation and mass mobilization by official Greek organizations or Greek-American politicians to pressure New York police and make available to police officers involved in bloody incidents. past, until the final conclusion is reached.

Athanasia Zapantis, the mother of the deceased, expressed her frustration that police didn’t call in a social worker to defuse the situation.

“If my son was wrong…” she said. “I don’t think he was wrong at all. He had so good a heart. He was kind to everybody.”

Athansia Zapantis said she will move out of the neighbourhood knowing that one of her neighbours is responsible for causing an incident that led to her sons death. The neighbour was seen clapping as George was being tasered and handcuffed.

“If I see him, I’m going to spit in his face,” said Athanasia.