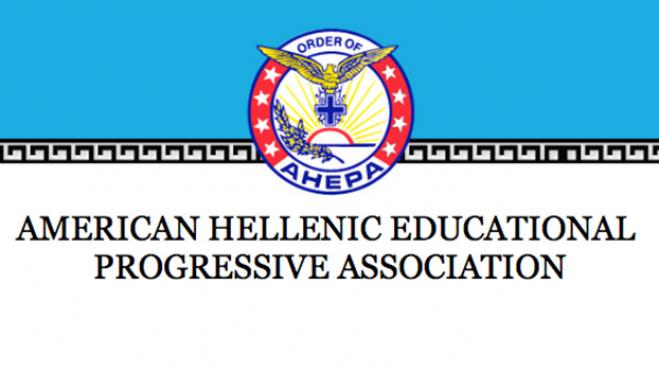 On 22 July Supreme President Horiates sent a letter to the Secretary of State stating that AHEPA on behalf of the Greek American community id displeased with the aggressive posture Turkey has taken in the Mediterranean.

On behalf of the members of the American Hellenic Educational Progressive Association (Order of AHEPA), the leading international grassroots service association of American citizens of Hellenic heritage and Philhellenes, I write to convey our organization’s alarm and grave concern about NATO-member Turkey’s dangerous aggression toward fellow NATO-member Greece in the Aegean that has escalated tensions to a level not seen since 1996, has destabilized the Eastern Mediterranean, and unnecessarily places lives in harm’s way.

The State Department’s urging Turkish authorities to halt its operations is welcomed. However, any reference by the United States to Greece’s continental shelf as “disputed waters” is simply unacceptable, erroneous, and only serves to embolden Turkey. It also runs contrary to repeated statements made by U.S. Ambassador to Greece Geoffrey Pyatt that Greek islands are entitled to continental shelf and exclusive economic zone (EEZ), as recently as last week.

Let’s be clear—Kastellorizo is a red line for Greece. Greece will defend its sovereignty and its borders, which are also EU borders. This is a position we know resonates with the Trump administration.

Our Ask
The American Hellenic community continues to be alarmed about Turkey’s provocative behavior that challenges American security interests and threatens NATO allies and strategic partners of the United States in the Eastern Mediterranean and Middle East.

 We urge the Administration to condemn Turkey for its actions in the Aegean that violate international norms.

 The United States must impose sanctions on Turkey. Secretary Pompeo, we ask you to utilize your authority, as delegated to you by President Donald Trump by Executive Order 13849 on September 21, 2018, to work in consultation with Treasury Secretary Steven Mnuchin, to impose sanctions on Turkish entities pursuant to Section 231 of CAATSA, for their acquisition of Russian-made S-400 missiles, as the United States rightfully imposed on Chinese entities in 2018.

AHEPA is open to further discussion on these matters. Thank you for your time and consideration.