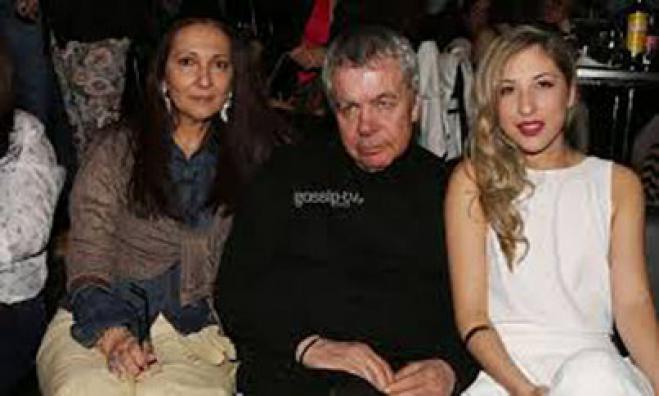 The news of the death of the beloved singer Giannis Poulopoulos, took me back many decades, when I was a small child, I was on vacation with my family in Litochoro, Pieria, where for the first time I heard on the radio the great success "Let's go to sleep Katerina"

It was there that I first heard and listened to Poulopoulos's songs again and again and connected this innocent period of my life with the voice of the great singer.

Every interpretation of his songs brings to our minds sweet memories to this day.

When later, after finishing high school, I came to America, I had another contact with Giannis Poulopoulos. Not directly with him. That would not be possible.

With his future wife Betty, whom I met from a great friend and teacher in my musical pursuits.

The "teacher", to name a few, came to America regularly and the first time I met him, he stayed at his cousin's house, who was none other than Betty.

A girl who loved Greece and who finally chose to leave the family home to marry the great performer.

The story is a bit like a fairy tale. A young girl meets the lord of the Greek "New Wave" and falls in love with him. She follows her dream and leaves for Greece to stand by her love and spend the most beautiful years of her life with him.

Betty lived in Bayside with her family at the time. She was the second wife of Poulopoulos.

With Giannis they had a daughter, Alexandra or Anta and surely their love was one of the most beautiful "love stories" I had heard until then.

I never saw her again, nor did I ever ask the teacher what Betty was doing.

And they were not often featured in the popular press, so if they wrote anything about them, it would be very difficult to read it here, in the era before the Internet.

However, whenever I listened to a song by Poulopoulos, I also remembered Betty. She was "our little neighbor".

The girl of the Greek Diaspora, who was won over by his voice and his heart, the unique troubadour. Or if you prefer for us, here in America, the girl who stole the heart of Giannis Poulopoulos.

The information that Poulopoulos's wife had a relationship with the Greek community is known to many and even fewer mention her in the texts for the rich repertoire and interpretive qualities of Giannis Poulopoulos.

That is why I thought of writing this, wanting at the same time to express to her and their daughter, my condolences for the loss of their husband and father.

Let the soil that will cover him be light.