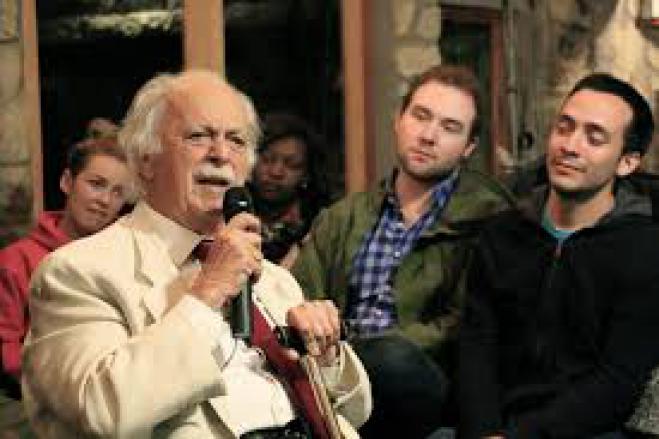 The loss of Giorgos Bizos, an emblematic figure of the Greek community, who became widely known as the lawyer of Nelson Mandela who saved him from the death sentence, has caused a wave of mourning internationally.

George Bizos passed away at the age of 92, leaving behind a rich legacy of his work in the defense of human rights and especially as a fighter of the movement against South African apartheid.

"A sharp legal mind and architect of our constitution, he has made an incredible contribution to our democracy," Rafamoza said in a Twitter post.

Born and raised until the age of 13 in the village of Vasilitsi in Messinia, Bizos fled during the German Occupation to South Africa, where he studied law.

In an interview he gave to SBS Greek three years ago, he spoke about his first contact with the Greek element of the country when he first arrived in 1941.

"There were 145 Greek refugees, people from the Community and the Church were waiting for us at a small station outside Johannesburg."

He confessed that he did not know a trace of English at the time, but ended up studying law and representing in 1963 the leader of the anti-apartheid movement, Nelson Mandela.

In the legendary trial of Rivonia, he managed to save Mandela from the death sentence he was waiting for.

It is characteristic that Mandela calls him in his autobiography, "brother".

Giorgos Bizos' love for his homeland was unquenchable, with him even founding the first truly Greek school in South Africa, known as Sahati (South African Hellenic Educational and Technical Institute).

In 1974, the year he took the initiative, the school started with 54 enrollments, while in 2017 the students numbered 1,300, with 80% of them of Greek origin and the rest coming from 27 different nationalities!

"When they ask me 'are you Greek or South African?', I say 'I am a human being'", Bizos commented in 2017, declaring unequivocally, however, the pride for his origin.

"I say 'Long live Greece' ... because I have learned that Greece never dies."