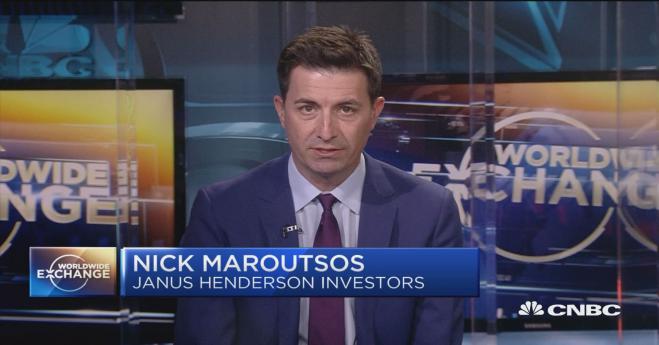 Nick Maroutsos, the head of the bond department at Janus Henderson Investors, with a portfolio of about $ 400 billion is ready to live the ultimate American dream.

At 44, Maroutsos has one of the most elite jobs in the money management industry. And yet, he announced that he would leave in October to consider his next step and “take to the streets” literally starting road trips across America with his young children, for “as long as they still like me” as he characteristically said.

Maroutsos, better known as the successor to former bond king Bin Gross, told Bloomberg he has not yet thought about what he will do next. But whatever it is, it will involve watching his 14-year-old daughter play lacrosse and more time with his wife and their other two young children. Maroutsos will join the legions of wealthy Americans who quit their daily jobs, adopting the saying “life is short” that grew during the pandemic. In essence, this is another unexpected result of the pandemic, which led some to renounce corporate life.

“I will work again at some point,” Maroutsos said, adding: “In a year I will probably reappear in some capacity. I look at things outside of fixed income. But I’m not good enough at other things, like music, or cooking.”

Maroutsos graduated from the University of San Diego, California with a master’s degree from UCLA. He joined the corporate world in 1999 as an analyst and account manager at Pacific Investment Management Co., the bond-investing company built by Bill Gross. In 2007, he founded his own fixed income investment company, Kapstream Capital, which was bought eight years later by Janus, in which Gross worked after Pimco. In 2019, when Gross retired, Maroutsos and his team synthesized Gross’ strategies with some of their own.

The largest mutual fund overseen by Maroutsos is the Janus Henderson Short Duration Income ETF, with a market capitalization of approximately $ 3 billion and a total return of 2.5% since the pandemic began in March 2020. He is also co-administrator of the Absolute Return Income Opportunities Fund, with a yield of 2.4% last year.

“I have reached a point in my career where I have been in the fixed income markets for the last 20 years and I was looking to see what the future holds,” he said, adding: “I was looking at the progress of my own career and decided it was time to take a step back and press the restart button. The pandemic made everyone re-evaluate not only their careers, but also their goals in life. I spent a lot of time thinking about this and what I want to be in the next 10 years. I’m lucky enough to be able to do that at my age.”