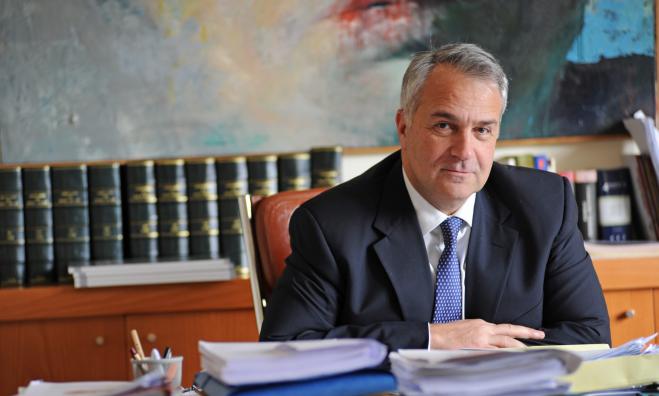 "We are always Greeks. Whether we live in Greece or abroad. Whenever the homeland is needed, we stand by it. 7.5 million Greeks of the Diaspora make up one more Greece. Always, whenever the homeland is needed, we are by its side. The absurdity is that in Greece we are foreigners, second-class citizens and abroad we are Greeks ". This was the unanimous complaint of the Greeks of the Greek Diaspora expressed through their representatives, at the joint meeting of the Committee on Public Administration, Public Order and Justice and the Standing Committee on Hellenism in the Diaspora.

All the competent extra-parliamentary bodies representing the expatriates were invited there, to present their views on the bill of the Ministry of Interior, on the "Removal of restrictions for the registration in the special electoral lists of foreign voters".

Their request to remove the obstacles to the exercise of their right to vote was also unanimous and imperative, asking for: Equal treatment of all Greeks of the Diaspora who are registered in the electoral rolls, the possibility to vote from their place of residence, the establishment of mail-in ballot and proportional representation of diaspora Greeks on the ballot papers.

The Minister of Interior, Makis Voridis, in his brief intervention, assured the expatriates that every effort will be made by dialogue to find a consensual solution that will remove the injustices against the Greeks of the Diaspora, so that their right to vote is equal to that of all of other Greeks. Mr. Voridis described the presence and participation of Greeks everywhere in a parliamentary process as a "shock", stressing that "it brings to mind the universality of Hellenism, the preservation of the national community, the strengthening of ties and their cohesion."

"Your stance was unquestionably unanimous and your message was clear and unambiguous. You have all agreed that restrictions should be lifted and the exercise of your right to vote facilitated. I keep the word fear as a legacy of reflection. You said do not be afraid of the vote of expatriates. At the same time, the word hurts me, do not treat us as second-class citizens. We keep both of these admonitions, and I want to hope, and I assure you of that, that we make every effort to put together views and suggestions toward a clear direction. To remove all restrictions that are excessive, and your right to vote is equal to all other Greeks. We will exhaust every possibility in this direction, through dialogue and consensus", Mr. Voridis stated characteristically.

For their part, the non-parliamentary bodies that spoke stressed, among other things:

"Greeks living outside Greece exceed 7.5 million and it is very sad that one more Greece, which is everywhere, does not have the right to vote. And we are sorry that you cannot be bothered. The Greek constitution clearly states that every Greek has the right to vote. We cannot be second-class foreigners and citizens in Greece and Greeks abroad. We must all have the right to vote wherever we are, because we all love our country and we all want the best. We have shown it in practice many times when it was needed and we never stop supporting the homeland in any way ".

Vassilis Papastergiadis, President of the Greek Orthodox Community of Melbourne

"The bill excludes the majority of expatriates from voting and does not facilitate them in the electoral process. It creates two categories of citizens, does not provide for the mail in vote and creates contradictions. The law must embrace Hellenism abroad. There is a huge Greek force abroad that promotes the national, economic and cultural issues of Greece. It is unbelievable that one has a VAT number, pays taxes but is not able to vote ".

Athanasios Kipas, President of the Confederation of the Parents Association of Germany

"The bill is in the right direction but needs necessary corrections. The love of Greeks abroad for the homeland is great and they want to offer. We started with an appetite, but our wings were clipped because a large number of expatriates will not be able to exercise their right to vote. Everyone, without exception, must have it and no one should be excluded."

Costas Kachrimanidis, secretary of the Confederation of Parents Associations of Germany and Baden-Württemberg

"The bill is in the right direction, but there must be changes. Most of the expatriates keep the Greek language alive. They are the ones who create lobbies and are force multipliers. We must give them a voice. With the filters set by the law, few will come to Greece to vote. We are talking about facilitating them, but it is essentially about those who left with the crisis. The law is simply photographic as concerns them, while the majority of expatriates left in the 1960s. The parties that react must leave their doubts behind, because few Greeks abroad are partisan. We have the right to vote, just make it easier for us. "

"The value of what Greeks abroad have to offer is well known. They constitute one more Greece. Their heart always beats for the homeland and in every crisis it is present. Their umbilical cord with the homeland is never severed. We were optimistic at first, but we came across a bill that creates two-speed expats, has no logical basis, and may serve expediencies. You must not forget that we are always and everywhere present when we our homeland needs us and we can only influence positively. We are asking for nothing more than to have the same suffrage as the citizens of other European countries."

Christos Giannoulis, President of the Federation of Greeks of Cyprus

"We estimate that about 72,000 Greeks are new immigrants in Cyprus, while about 35,000 have dual citizenships. We believe that this bill should have been called a "plan for the reunification of Hellenism". This is how we must see it and those who are registered to vote can be able to vote in the place where they live. Everyone has equal rights. Some, due to the crisis, were forced to leave. Why do we punish them again and force them to prove that they are Greeks? They should be able to vote and have their vote counted in the overall election result. Whether the expatriates will be represented in the territory or in another way, is a technical issue that the parties can resolve. We will fight so that with this law every citizen who is or feels Greek can vote ".

Costas Dimitriou, president of the Federation of Greek Communities in Germany

"We welcome the decision to remove by law the injustices to facilitate the suffrage of Greeks abroad. The Greek community has been left with a bitter sorrow for mocking its right to vote. A discriminatory arrangement, however, will be deeply anti-democratic and class-based, because it will condemn the Greek abroad to being spectators. This will be an outcome of phobic authoritarianism that does not want citizen frees, but captives. Who is afraid of the vote of the Greek who votes for the interest of his country from his place of residence? The next step should be to facilitate the electoral process, such as the introduction of the mail-in ballots. Changes need to be made and the unacceptable terms in the bill need to be removed, and all political parties must agree on that."

Seta Theodoridou, President of the Hellenic Community of Paris and Surroundings

"The bill excludes a large number of expatriates from being able to exercise their constitutional right to vote. Our position was, is and always will be, that there should be no restrictions on national elections. The new proposal of the Ministry of Interior expresses all Greeks outside Greece. In the Greek Parliament we find that a sterile confrontation is taking place. Do you not want to recognize the law for Greeks abroad? The Greek who left Greece and lives abroad, continues to be Greek. He must have the same suffrage. We ask to vote from our place of residence without having to return home. This will be a great victory for the Republic and not for one party. You will all have contributed to the democratic right to vote and to be elected. For our part, we will contribute to Greece. "Because we continue to be Greeks and no one can take away our right to vote for our country."

Ioanna Zacharaki, representative of the Network of Greek Elected Local Authorities of Europe

"The establishment of the mail-in vote is very important and decisive for the participation of Greeks abroad in the elections. The Greek state should not be afraid of it because Greece will benefit by strengthening its ties with the Greek community. We demand our equal participation as citizens of Greek origin, to be able to participate in the communities of the homeland and to be represented by our compatriots living outside Greece because it will give additional incentive for more mass participation. It is important to be registered in the electoral lists of the municipalities, while the introduction of the mail-in voting is extremely important. You must make the dream of the Greeks of the Diaspora possible, because that way Greece will have its children by its side ".

Moysis Nikolaidis, President of the Federation of Greek Associations and Communities of Sweden

"You have to listen. According to our constitution, we are all Greek citizens and have equal rights to vote and to be elected. In the law, however, there is a constitutional absurdity. I have this right when I am in Greece and I do not have it if I am abroad. We demand that Greeks abroad, who are registered to vote, be able to vote at their place of residence with a ballot box, without exclusions, and elect a proportional number of expatriate MPs. Let's not turn expats into second-class citizens."

George Angelopoulos, coordinator of the Council of Hellenes Abroad (SAE), region of Oceania and the Far East

"The vote of expatriates is an issue that has plagued the Greek community for 10 years. The constitutional guarantee of expatriate voting was misinterpreted, probably to serve interests. How many times have you heard about this before elections? We had views of parties that agreed with ours and many times we have been disappointed. Our birthplace turned its back on us. Interests opportunistically pushed our vote aside. Now, with the bill, discussion has opened up for the lifting of restrictions and we hope that no obstacles will be placed, that responsibilities will not be transferred to others and that there will be consensus. Today the homeland is facing so many events and we need each other. The mail-in ballot cannot be rejected without good excuses, those who live far from polling stations cannot be excluded from voting. We demand that we have a distinct proportional representation, that the right to vote and be elected be guaranteed and that there be equal treatment. Go beyond and do not look for pretexts. Expatriates all have a common line and that is how the Greek MPs should see it. It is their duty to proceed with the removal of the restrictions ".

Dimitris Argyropoulos, President of the Hellenic Community of Brussels

"80% of Greeks outside Greece do not yet have the right to vote. With the bill as it is, there will again be difficulties for the Greek abroad. We, like you, are Greeks and we are not second-class citizens. We will always fight for our Greece. We do not claim to take your places in the parties ".