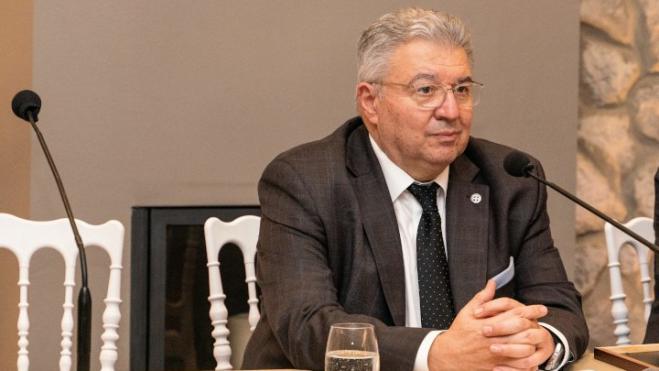 The "Staellinika" Greek learning platform of the General Secretariat of Hellenes Abroad and Public Diplomacy will be accessible to the blind.

The Secretary-General of the General Secretariat of Hellenes Abroad and Public Diplomacy Ioannis Chrysoulakis announced during an online meeting with the American friends of the blind in Greece, in Boston, his personal goal is to make every effort to make the Greek's "Staellinika" learning platform  accessible to the visually impaired.

This is a historic Organization of Expatriates based in Boston, USA, which in the 75 years since its founding has continuously and in every way supported the blind in Greece, as it is in close cooperation with the "Lighthouse of the Blind of Greece".

The meeting was attended by the Board of Directors of American Friends of the Blind in Greece, as well as the newly elected president of the "Lighthouse of the Blind of Greece", Maria Tzevelekou. Mr. Chrysoulakis praised the contribution of the Organization and congratulated the Board of Directors for their important contribution, but also for their multifaceted action.

He also referred to the extensive actions and programs of the General Secretariat of Hellenes Abroad and Public Diplomacy, such as the Study in Greece program. He emphasized the need to focus on accessibility for the visually impaired in the Greek language learning platform Staellinika, promoting social equality, but also the duty of the State for the social integration of all citizens without exception.

Mr. Chrysoulakis also referred to the World Panomogenic Congress, which will take place in the summer of 2022 in Thessaloniki, inviting the attendees to participate.

The president of the "Lighthouse of the Blind of Greece" on her part thanked Mr. Chrysoulakis for the initiative for the meeting, as well as for his interest, noting that it is "hope for the future".

The president of the American Friends of the Blind in Greece, Bob Adams, stated that the meeting that took place is an "honor" for the Organization, but also a recognition of their efforts. "I am absolutely satisfied" he concluded, addressing Mr. Chrysoulakis, and "ready to take the next steps with you".