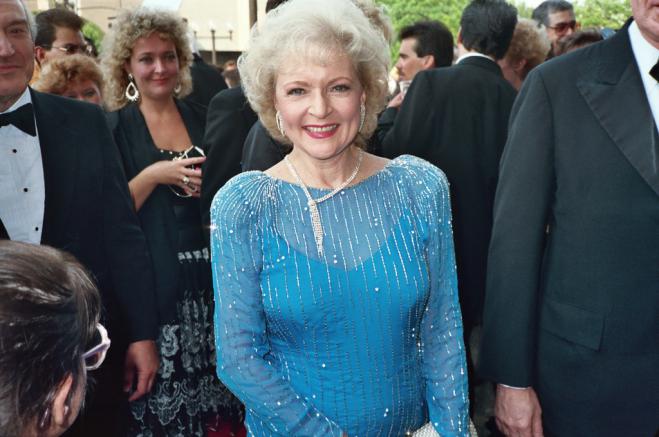 Actress Betty White, who managed to become America's "sweet old sweetheart" with a career of over 80 years, winning numerous awards for her television roles, died tonight, three weeks before she turned 100 years old.

"Although Betty would soon be 100, I thought she would live forever," Jeff Witzas, an agent and close friend, told People magazine.

In an entertainment industry that glorifies youth actresses over the age of 40 see their career flicker, White was a paradox: a star in her 60s and an idol of pop culture in her 80s and 90s. At 92, she still starred in a TV series, Hot in Cleveland, until its screening was canceled at the end of 2014. She had won Emmy Awards for her participation in the series "The Golden Girls" and The Mary Tyler Moore Show.

She said that her longevity was due to a combination of good health, good luck and love for her job.

"It's unbelievable that I'm still in this job and you still tolerate me," she said in 2018, when she was honored with an Emmy Award for her entire career. "It's incredible that you can stay in a career for so long and still have people accept you. "I wish it could be done in this house as well", he added with humor.

White did not hesitate to make fun of herself and joke about her sex life, making comments one would not expect from a sweet, smiling, white-haired old woman. She was often asked if, after a career of so many years, there was still something she wanted to do and she replied, "Robert Redford."

Her family moved to Los Angeles during the Great Depression, and she attended Beverly Hills High School. She began her radio career in the late 1930s. In 1939 she made her small-screen debut singing on an experimental Los Angeles television channel. After serving in the American Women's Volunteer Service during World War II, she became a regular member of Hollywood on Television, a daily, five-hour variety show.

A few years later she founded a production company - something pioneering for women at the time - and was the co-creator, producer and star of the TV series Life With Elizabeth in the 1950s.

He appeared on television regularly throughout the 1960s and 1970s. In 1963 she married for the third and last time, the presenter of the video game Password, Allen Laden.

She was a huge success on The Mary Tyler Moore Show, playing the role of the insidious, lustful Su Ann Nivens, whose motto was that "a woman who does a good job in the kitchen will surely reap the benefits in other parts of the house." She won two Emmys for Best Supporting Actress for her performance in 1975 and 1976.

White added another Emmy to her 1986 collection for "The Golden Girls," starring four elderly women who live in Miami. She was nominated six more times for her role in this series, where she played the sweet, naive widow Rose Nyland.

This was followed by roles in serials, movies, appearances in talk shows, commercials… Until 2009 she was ubiquitous, with frequent appearances on television and a role in the movie "The Proposal" with Sandra Bullock.

A young fan of hers started a Facebook campaign asking White to present Saturday Night Live - she ended up appearing in all the show sketches and winning another Emmy.

The Associated Press named her "Artist of the Year" twice, while in a Reuters / Ipsos poll in 2011, when White was 89, she was named America's most popular celebrity, with 86%.

Her intelligence and eloquence were her trump cards when she presented Betty White’s Off Their Rockers, a hidden camera show where older actors pranked young people. "Who would have ever imagined that not only would I be healthy but I would still be invited to work. "It's a privilege; to still have a job is a great privilege," she said in a 2015 interview with Oprah Winfrey.

White had no children. He loved animals and fought for them. He once turned down a role in the movie "Better Can't Do It" because in one scene a dog was thrown into a garbage can.