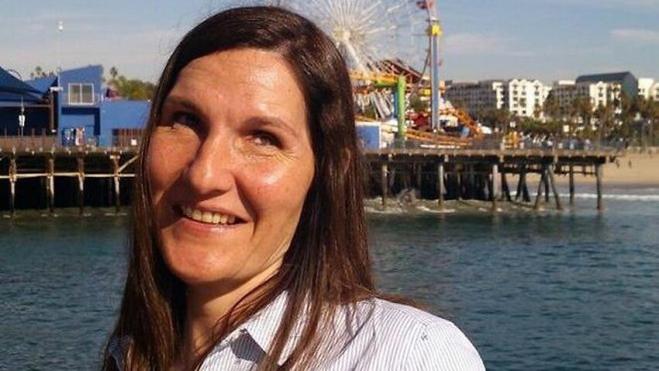 With roots from the island of Samos, Andrea Serrano began to gradually lose her sight from the age of eight, but this did not stop her from realizing her dream and learning to speak Greek first and then το dance and then to teach dances

Ms. Serrano is an actress in the Teatro Ciego, a theater for the blind in Argentina, and has studied human sexuality.

The 53-year-old speaks fluent Greek, but the feeling of honor for her Greek origin is obvious.

"My great-grandfather was from Karlovasi in Samos and when he arrived in Buenos Aires he founded a band together with his compatriots. It seems from him that I inherited my great love for Greek music ", said Ms. Serrano to the Athenian-Macedonian News Agency.

"I had already completely lost my sight when I decided to learn Greek and dance and it was difficult for me but I had to learn anyway. For me there was no other choice because my soul is Greek and my blood is Greek. I feel Greek ", she stated characteristically.

Every time she prepares to dance to the rhythms of a Greek song, what inspires her is the feeling that she is coming one step closer to Greece.

She said that "Dancing Greek dances and speaking the Greek language makes me feel even closer to the homeland of my heart", while finally describing the joy that this process offers her.