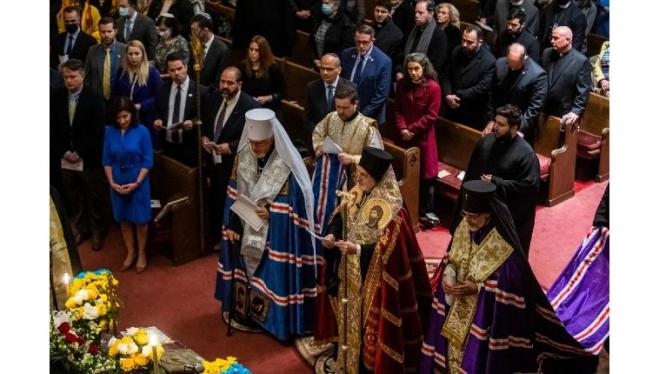 In his speech, the Archbishop said, “As we watch the news from the region, we are inspired by both the incredible courage of the Ukrainian people who are facing terrible adversity with a valor which no one expected, and by the bravery of the many thousands of Russian People who are risking their freedom — and perhaps even their lives — as they protest this unprovoked and unreasonable attack.” Read His Eminence’s full Keynote Remarks here.

The service concluded with a moment of silence and a hymn in memory of the Heavenly Hundreds.