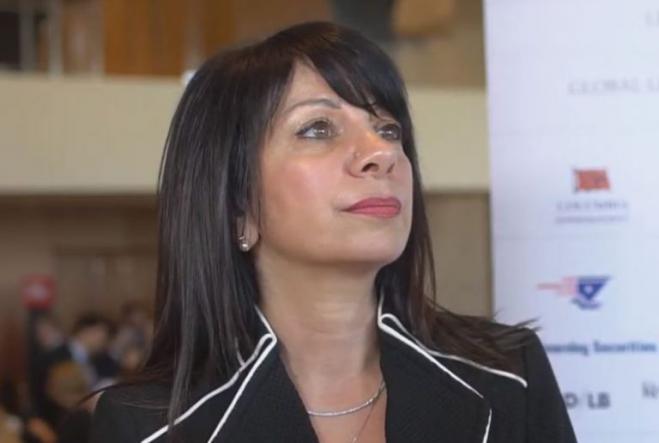 The first woman CEO of a P&I Club in the 167 years since the founding of the first marine insurance organizations of this kind is Greek Cypriot Dorothea Ioannou.

Ms. Ioannou takes over as CEO of the Shipowners Claims Bureau, which manages the American Club, from August 1, 2022 and as mentioned in a relevant circular, the Board of Directors of the Organization is proud of the decision it made, which is a historical moment in this regard.

At the same time, the board of directors of the American P&I Club decided that Vince Solarino will resign from the position of Chief Operating Officer of SCB, after a similar period of service in this position and will be replaced by Dan Tadros, currently Chief Legal and Compliance SCB Officer. Arpad Kadi will continue to perform his current duties as Chief Financial Officer and Tom Hamilton will continue his role as Chief Underwriting Officer.

In a statement on social media, Dorothea Ioannou thanked everyone for the "flood of wishes and support" as well as the board and members of The American P&I Club, and the management company Shipowners Claims Bureau, Inc., headed by Joseph Hughes and Vincent Solarino for their loyalty to me, Daniel Tadros, Arpad Kadi, Tom Hamilton and the entire management team. We write history together. "

Who is Dorothea Ioannou?

Dorothea Ioannou was born in New York. She hails from the village of Pera, in mountainous Nicosia in Cyprus. She completed her undergraduate studies in New York at the City University of New York - Queens College. Shee studied Political Science at City University and Law at St. John’s University School of Law.

She worked for a while as a lawyer in the USA. Then she came to Greece where she initially worked in a law firm in Athens in the field of European Law. She then worked in a law firm in Piraeus in the field of Maritime Law. In 1998 she started working with Allied Insurance Brokers Ltd. as Head of the Claims and Legal Department covering the full range of shipping issues.

In 2005 she became Claims Executive of Shipowners Claims Bureau Hellas Ltd. in Greece. In 2009, when The American Club opened its first offices in Greece, she became managing director and legal representative of this company. From 2020 she was Deputy Chief Operating Officer of the American P&I Club