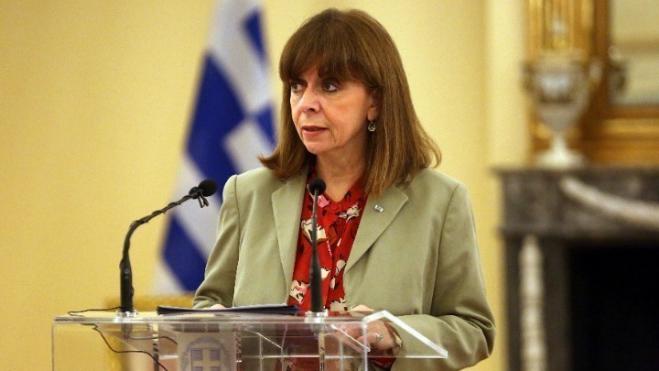 The Greek community in Ukraine "is in our thoughts, as it’s going through a trying time and is suffering the hardships of war," said Greek President Katerina Sakellaropoulou in her message to diaspora Greeks ahead of Greek Independence Day on March 25.

Ethnic Greeks in Ukraine are 'showing courage drawn from the love for their homeland, looking forward to the quickest possible end to the war and the beginning of a new life from the ashes of destruction," she noted.

Sakellaropoulou said the Greeks' glorious struggle for independence 200 years ago is a constant reminder "of the value of our nation's unity and harmony which transcends our borders," referring to the Greek War for Independence that began in 1821.

Moreover, the notion of Greece’s struggle for independence from Ottoman rule was nurtured at the port city of Odessa, "while the revolution was sparked in the heroic city of Mariupol, where a 'little Greece' became prosperous in the Sea of Azov.”

Greece is standing by Greeks in Ukraine, stressed Sakellaropoulou.