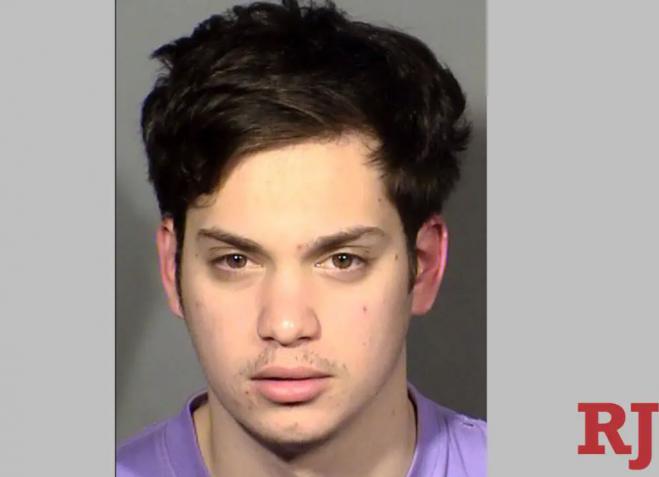 Filippos Liakounakos, son of Thomas and Natasa Liakounakou, is said to be involved in a fraud worth thousands of dollars with bitcoin in the USA. Filippos Liakonakos is accused of stealing up to $ 500,000 in bitcoin from a cryptocurrency trader in Las Vegas.

According to Los Angeles media, the student from Miami, allegedly investigated the history of multimillionaires in Southern Nevada and then targeted one of them for the theft. The fraud took place under another name after forgery, the prosecutor told the court early Wednesday morning.

Liakounakos was arrested and taken to the Clark County Detention Center on Monday on charges of stealing more than $ 100,000, using another person's identity to cause financial damage and committing a criminal offense involving computer data or e-mail. .

Las Vegas police issued an arrest warrant for Liakonako in February after a detective said the victim, whose name has not been released, reported the theft in November 2020. Police identified Liakonako as the suspect in the case. by delivering a series of electronic warrants.

What his lawyer argued in court - The guarantee

Defense attorney Josh Tomcek told the court Wednesday that Liakounakos has no criminal record and strong family support. The 23-year-old identified himself as a student just a short way before graduating from a university in the Miami area.

Sweetin asked Las Vegas Magistrate of Justice Susan Baukum to set the $ 250,000 bail, noting that police are still investigating whether Liakounakos may be involved in similar transactions.

"There's probably a lot of money going on here," Sweetin said. "The accused is accused of very serious crimes. He has great motivation to escape and the state will claim that he has a proven ability to take on other identities."

Baukum put forward two scenarios with which Liakounakos could possibly pay bail. One was a $ 100,000 guarantee with high-level electronic surveillance and the requirement to remain in the Las Vegas community while the charges were pending. The second was a $ 250,000 bail. "What worries me is the absolute lack of ties with this community," Baukum said.

Finally, Sweetin asked for and received the $ 250,000 bail for Filippos Liakounakos.

What the victim maintains

The victim claimed to the police that he was approached by an associate, whom he knew via Telegram. The two agreed on a bitcoin transaction. The victim allegedly transferred $ 500,000 in bitcoin, which included $ 50,000 to the seller, to his partner in exchange for money.

However, the next day, when he contacted his partner about the transaction, the person had no idea what the victim was talking about and the victim then realized that he had transferred the money to a scammer posing as his partner.

"I reviewed the transaction on the public blockchain and noticed that the bitcoins moved quickly with what is commonly known as 'peeling' to make it impossible to pinpoint where the bitcoins were going," a detective wrote in the warrant.

The term Peel Chaines describes a method of laundering large amounts of cryptocurrencies through a series of transactions.