The Greek American community mourns one of its dear members and a diligent businessman who made the "American dream" a reality, starting from the bottom and with an idea that finally turned out to be golden! Peter Nicholas, the co-founder of Boston Scientific died of cancer at the age of 80.

The son of immigrants Nikolas and Vrysoula, he was born in Portsmouth, New Hampshire, in May 1941, but spent his childhood in a Portland neighborhood where the presence of Greek-Americans was notable. The second of the family's four children loved the sea and wanted to follow in his father's footsteps in the Navy, but the U.S. Naval Academy did not accept him due to a vision problem. He eventually studied economics at Duke University and got his master's degree in business administration at the University of Pennsylvania Wharton School. However, the sea remained his great love until his old age. 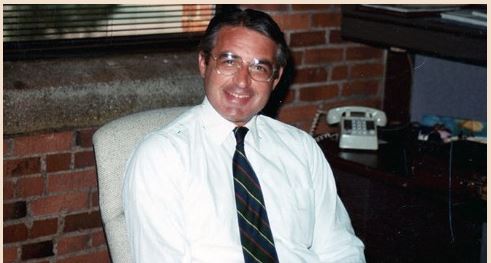 At Duke University he met and fell in love with his later wife, Ginny Lily, with whom he had three children, two sons and a daughter. His wife was the great-granddaughter of Eli Lilly, the visionary pharmacist and chemist who founded the well-known American pharmaceutical company Eli Lilly. From this company he started his career in the wider Health sector, with his first job concerning sales and marketing.

He remained with Eli Lilly for a decade, after which he switched to the medical products company Milipore Corporation.

At a Christmas party in Concord, Massachusetts, in 1978, he made a life-changing acquaintance. She met John Abel, who also worked for a small medical company in Boston. The two connected, judging that they could combine their knowledge and experience and set up their own business in the field of medical equipment. Their goal was to make access to health services more accessible, cheaper, and less traumatic and painful for patients.

"Anyone who accepts that things do not change will not live the life he could have lived; if my father had accepted the world as it is, he would still be cutting stones on a mountain, as his family did for generations," he said. characteristics.

Boston Scientific started as a small but ambitious startup, with 50 employees and a capital of $ 800,000, $ 500,000 through borrowing and the rest of the money that the two partners managed to raise. In fact, the company was listed on the stock exchange in 1992.

For the next 35 years, initially as CEO and later as chairman of the company's board of directors, Nicholas managed to "build" with insight a small empire with continuous expansions and acquisitions. The small startup turned into a giant with 27,000 employees and a capitalization of almost 60 billion dollars. The progress he made in the field of minimally invasive surgery made him and his company among the pioneers in the field of medical equipment.

"Everything in life is a critical decision, if you do it for several years, you understand how things work and it helps you avoid risks," he said in an interview.

It is no coincidence that he was considered one of the richest Greek Americans, with his name "appearing" in the selected lists of the 400 richest US businessmen. For example, in 2005 he was ranked 78th on Forbes magazine with a fortune of $ 4 billion. 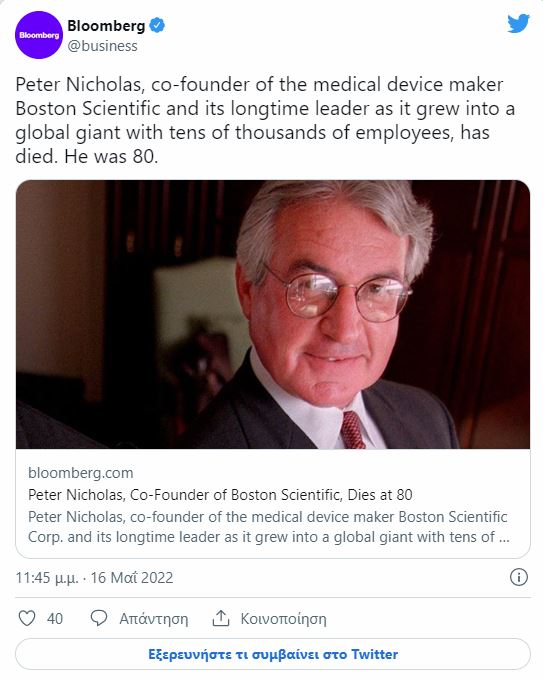 In addition to his love for his family and for his business, he had a strong presence in the Greek community, as well as in charity events.

His particular interest in environmental issues was manifested through huge donations to institutes and the Duke University School of Environment, which even renamed the school in his honor the Nickolas School of the Environment. In total, since 1996, he has donated more than $ 70 million to the School.

He lost his battle with cancer May 14 at his home in Boca Grande, Florida. With him was his 58-year-old beloved wife, their three children and their seven grandchildren.