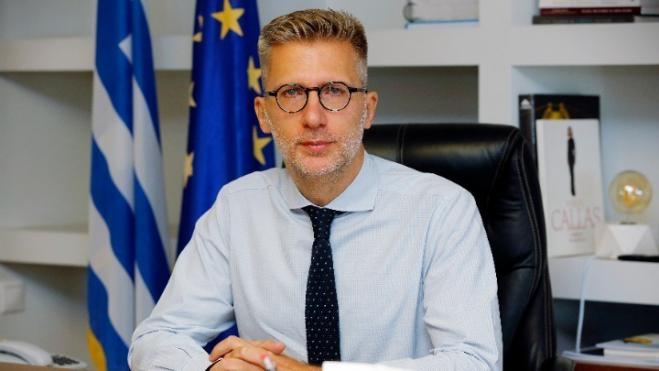 There are too many problems that young people have to face in Greece, as the latter has not been a hospitable place for many decades, and that was one of the main reasons why many young people decided to leave. This was also stressed by the Minister of State, Mr Akis Skertos, speaking to ERT channel about the brain drain and how it will be reversed.

Taxation
“It was not only the financial crisis in Greece that pushed the youngsters to leave their country, but there were also some reasons that had to do with opportunities, meritocracy and empowerment in the first steps of their family or professional life. They weren’t feeling that the State was helping them alongside their efforts,” he noted, among other things. Then, the Greek Minister of State focused on those measures and incentives that aim “to improve the disposable income of citizens, especially the younger ones. I don’t know if it is widely known, but when someone returns to Greece from abroad, their income tax will be 50% lower for the next seven years. They need to know that their income, although higher abroad, will be at a good level in Greece as well,” he argued.

Εquality
He then spoke about the equal opportunities policy in the working environment, policies that will be financed by the Recovery Fund, the Greece 2.0 Plan and that aim to “more equality within companies for the most vulnerable ones and for women who cannot move up professionally. Moreover, women who get lower wages than what is foreseen should feel free to complain about such phenomena. In addition, there should also be LGBTI inclusion and equality within a working environment.” He also announced funding for special training programmes for employers, as well.

Finally, addressing all those who are currently abroad, he acknowledged that they are right to doubt whether all this is really happening. After all, this is a question peoplwe often ask him – “I accept it from people who are not beneficiaries of all these policies. Yes, a lot of these policies have been going on for the last 2 to 2.5 years. They are elements that are gradually building a policy that is changing and redistributing resources, possibilities and opportunities to young people.”

Solidarity levy
Asked, however, about policies for those who never left the country, the Minister of State stressed that “already in the private sector the solidarity levy has been suspended and the goal is – if the public finances are doing well – to completely abolish it for both public and private employees.”