On a cold crisp night, I headed downtown to the quaint Cornelia café in the West Village to warm up with the readings of a compilation of poems written about Greece by Greeks, Greek–Americans and Philhellenes. This poetry reading event has been going on for the past few years. It was organized by The Greek -American Writers Association, and hosted by the known poet, Penelope Karageorge.

I was so interested to hear the poems read by various writers, professors and actors. I was delightfully surprised to see a packed room, with fans of all ages and from different cultures.

I connected to the various poems that were read, and as a Greek from the States, and having lived in Greece, I felt the nostalgia for Greece, which was being echoed through their lines. Most of all, these poems make one realize how much visiting Greece has moved and impacted so many people. As the words to this poetry were being read, you could see the audience's emotion. It was as if they were visualizing their imagery within their minds. 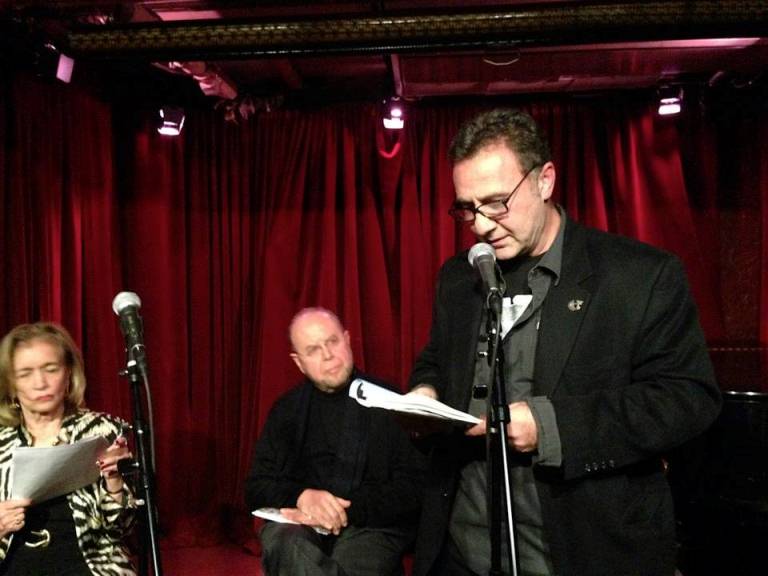 Penelope Karageorge and publisher Dean Papademitriou compiled the wonderful works that were read by: Nikos Alexiou, Basilis Rouskas, and Meg Scott – Copses. The New Greek TV crew was there to cover the event and had the pleasure of speaking with the writers and the great audience, who enjoyed the readings so much that they wanted more! However, time was up, and the café rushed all of us out for an upcoming jazz performance. 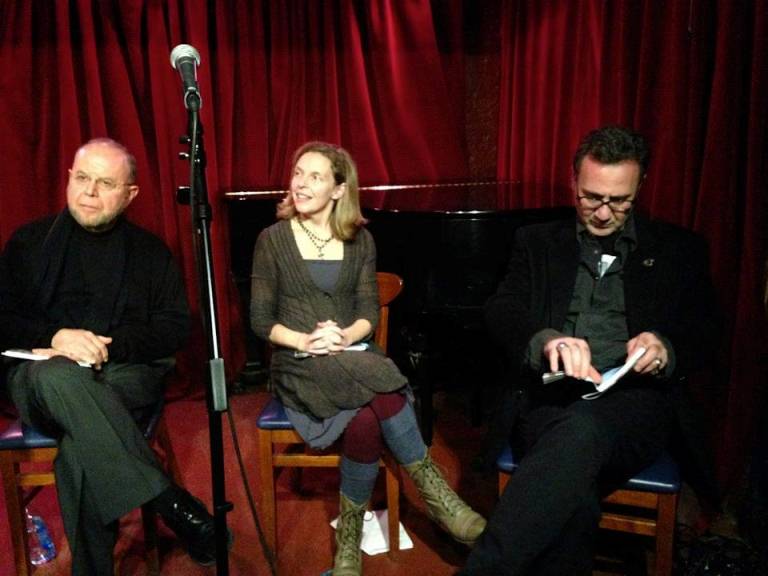 The Greek-American community, as well as others, are encouraged to support these type of events.