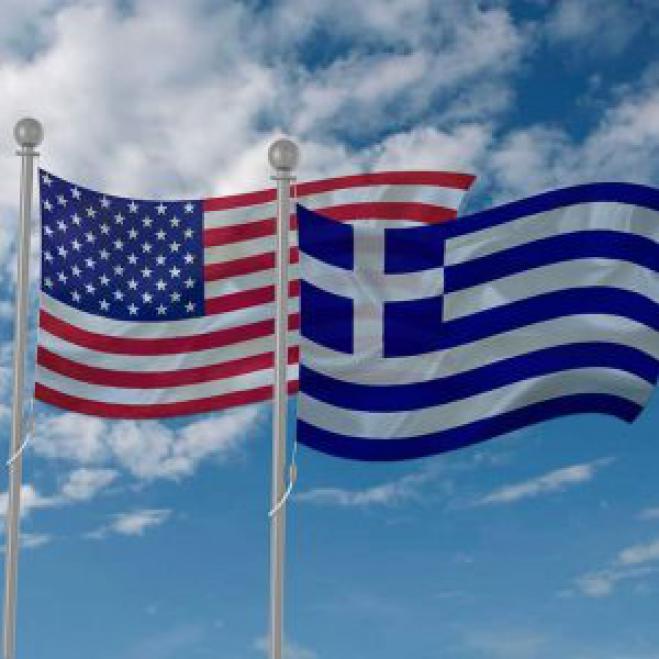 US mid-term elections alsp peaked Greek interest as at least four out of the five diaspora federal Congress members are renewing their terms in Congress.

In particular, Nicole Malliotakis, Gus Bilirakis, John Sarbanes and Chris Pappas emerged unscathed from the electoral battles, which is favorable for the promotion of Greek national issues in Congress.

But also in the Senate battle in Pennsylvania, a crucial state for the US electoral map, Mehmet Oz, a Republican candidate who maintains close relations with the government of Turkish President Recep Tayyip Erdogan, was defeated by his Democratic opponent, John Fetterman.

Fetterman has been openly in favor of all Greek positions and in favor of the Ecumenical Patriarchate.

By contrast, all odds remain open for longtime 1st District Rep. Dina Titus, who led Republican challenger Mark Robertson at 80 percent of the vote. At this point the count ia showing Ms. Titus at just over 50% .

On the other side, Republican Alek Skarlatos, in Oregon's 4th District, was far behind in the count.

In particular, in the results that have been finalized, according to the "Ethnikos Herald" newspaper:

In the 12th District of the same State, Gus Bilirakis prevailed by a significant margin over Democrat Kimberly Walker and renewed another term. In 99% of the electoral divisions, Mr. Bilirakis gathered more than 70%.

In New York's 11th District, Republican Rep. Nicole Malliotakis was declared the winner long before the count was over. Already, at 88% of the count, her opponent and former MP Max Rose was 27 percentage points behind. In 2020, Malliotakis, who had appeared for the first time in federal politics had prevailed by a small margin. Nevertheless, forecasters had "locked" the Republican political matchup for weeks, even though it was initially set for the most ambivalent.

In Maryland's 3rd District, maintaining a margin of more than 10 percentage points, John Sarbanes was re-elected for another term in Congress, defeating Yuripzy Morgan.

In New Hampshire's 1st District, Chris Pappas, after a stormy campaign, emerged victorious over his Republican opponent, Caroline Levit, with the Associated Press declaring him the winner just before 1 p.m. Pappas was considered one of the most vulnerable members of the Democratic Party, and his victory was met with satisfaction, coming with a relatively comfortable majority.

Gus Bilirakis, together with Chris Pappas and Carolyn Maloney, wrote a letter to the American Secretary of State, Anthony Blinken, expressing their opposition both to the acquisition of new F-16 fighter jets and to the upgrading of the existing ones.

At the same time, Greece gains another ally in Congress.

This is none other than Robert Menendez Jr., son of the Philhellenic head of the Senate Foreign Affairs Committee, Bob Menendez, who, in the 8th District of New Jersey, was declared the winner over Republican Marcos Arroyo.

The son of Senator Menendez, dynamic but at the same time humble and cultured, is considered a rising figure in the Democratic Party. Already possessing a powerful support mechanism and an unprecedented popular current for a new candidate, he is expected to emerge as another pole for promoting Greek Cypriot issues in Congress.