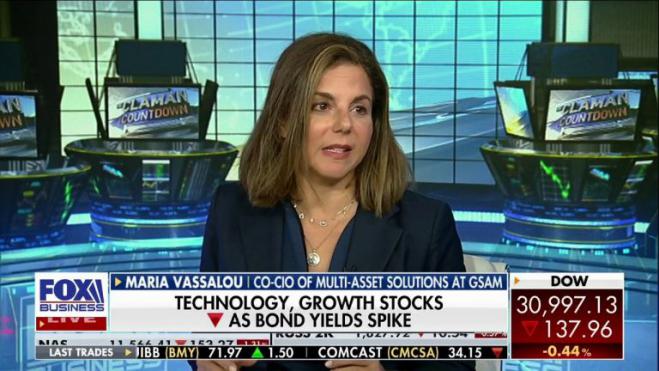 With a long career in finance, from billionaire George Soros' asset management company to McKinsey, Dr. Maria Vassalou, now a senior executive at Goldman Sachs, responsible for managing more than $200 billion in funds, believes the Fed is not is going to cut interest rates soon.

Dr. Vassalou, interviewed by Bloomberg, stressed that "we are at a point where the new data is not good for the Fed," predicting that the Federal Reserve will raise interest rates to around 5%, based on the data so far. "and they should stay there for quite some time."

In the first episode of OT's Babel Podcast, Maria Vassalou spoke about the need to re-industrialize the Greek economy in order to gain a greater degree of independence from the crises.

In fact, referring to the impending recession, he pointed out that Greece can avoid it and continue to attract investments, proceeding with additional reforms that are of interest to prospective investors, such as bankruptcy law and speed in the administration of justice.

Before joining GoldmPosotan, Maria Vassalou had her own management company, Vassalou Capital Management LP, while for several years she was a partner and portfolio manager at Perella Weinberg Partners from MIO Partners, a subsidiary of McKinsey & Company.

She previously served as Global Macro Portfolio Manager at SAC Capital Advisors. She joined SAC from Soros Fund Management where she was responsible for global quantitative research, as well as developing and managing global quantitative trading strategies.

Maria Vassalou's career in asset management followed her academic career. She was an Associate Professor of Finance at Columbia Business School, which she joined in 1995, and where she established many of the investment principles she uses today.

Until recently, he participated as an independent member of the Board of Directors of Tsakos Energy Navigation Ltd, as well as the Titan cement industry, while he is included in the Commissioners of the Gennadei Library.

From Athens to Wall Street

Ms. Vassalou received a Bachelor of Arts in Economics from the University of Athens and holds a PhD in Finance from the London Business School.

"Hard work was the main ingredient of success", as she herself described her journey from Maastricht, the Netherlands, where she taught, to Wall Street, when she was awarded by the Hellenic American Bankers Association (HABA) as "Executive of the Year" in 2016.

She is the recipient of many professional awards and was included in the 50 Leaders of the Hedge Fund Industry in 2015.