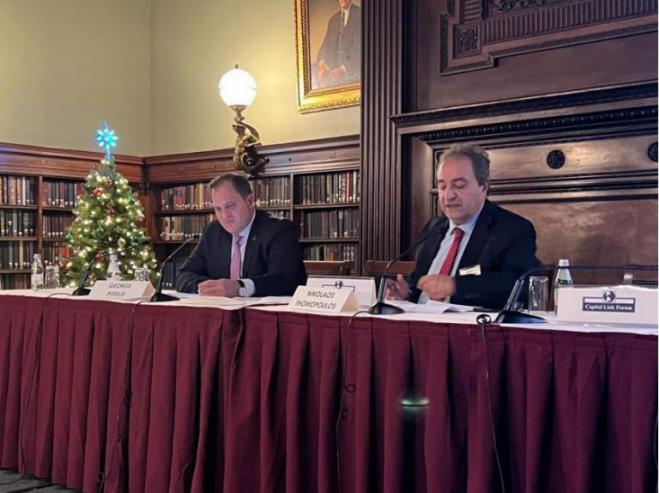 Real estate and income taxes totaling more than 74 million per year are paid in Greece by more than 141,000 natural persons who reside in the USA and have a Greek tax number, as stated by Giorgos Pitsilis, who participated in the panel entitled, "Updating the Diaspora on Greece's Taxation & Customs System", as part of the Capital Link – Invest in Greece Forum held in New York.

The Governor of the Independent Public Revenue Authority-AADE presented data on natural persons with a Greek VAT number, according to which more than 51,000 of these taxpayers people have Greek citizenship and 87,000 have American citizenship.

Mr. Pitsilis referred to AADE's digital platforms, myAADE, myProperty, myCar and myDATA, through which Greek expatriates can make hundreds of transactions with the tax services remotely, from their computer, tablet or mobile phone , without requiring their physical presence or that of an authorized person at any AADE office in Greece.

In addition, he announced that, from next April, the Independent Public Revenue Authority will also accept debt payments from foreign bank cards and that in the first half of 2023 a special section will be created on the AADE website, in Greek and English, dedicated to Greeks abroad. Representatives of expatriate organizations, who attended the discussion of the Governor of AADE with the Head of the Office of Economic and Commercial Affairs of the Greek Office in New York, Nikolaos Thomopoulos, raised a series of requests, which were collected and will be answered, as soon as possible, by the competent addresses and services of the Authority.