The Nets welcomed the Memphis Grizzlies with a Greek theme at the Barclays Center on Wednesday March 5th. The community of Kimissi Theotoukou of Brooklyn lighted up the Net's court with a pre- game show of Greek Dancing!

The Nets high fived the Greek -American kids of Kimissi Theotokou as they entered the court to warm up. At the second quarter the Joy League team of Kimissies Theotokou played a game and wowed the audience with their basketball skills. 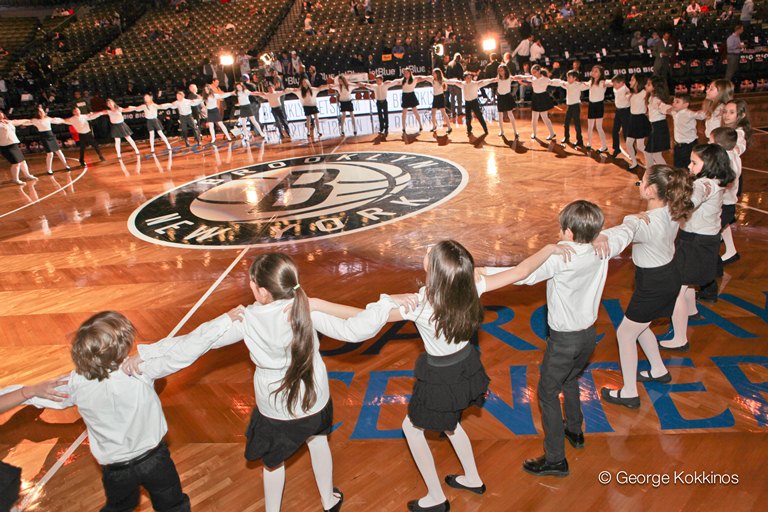 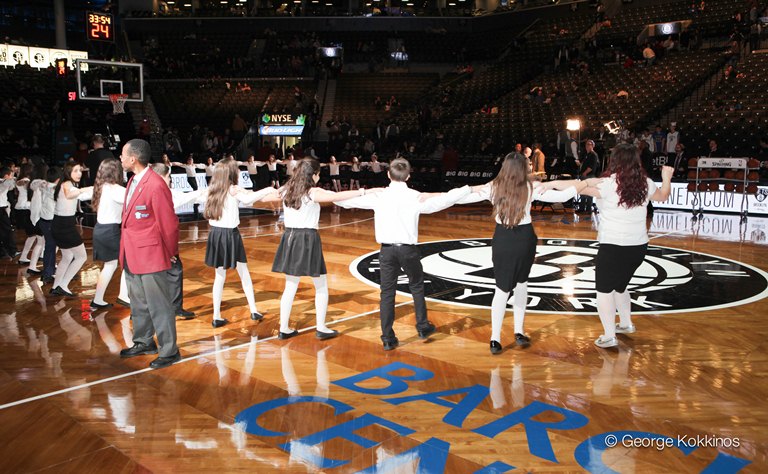 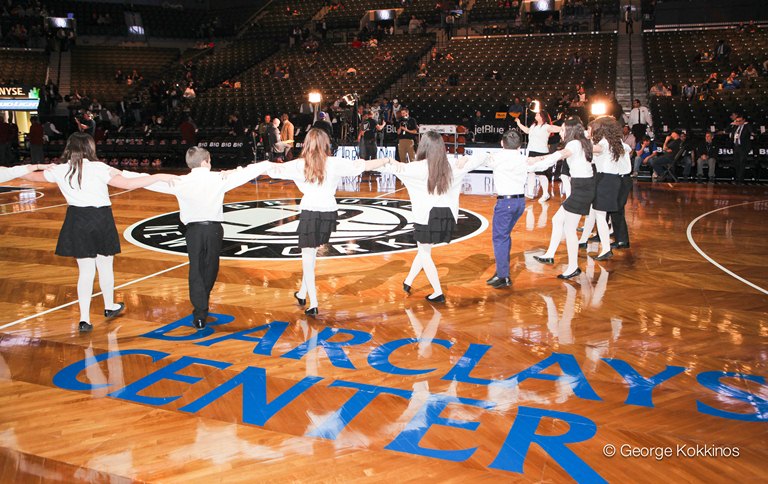 James Pitsouris of Kimmisi Theotokou, organized the event and told us they helped sell 500 tickets for this game and this theme has been going on for the past 2 years. James and other members of the church told New Greek TV that they do all they can to help promote Hellenism in the Greek-American community of Brooklyn. 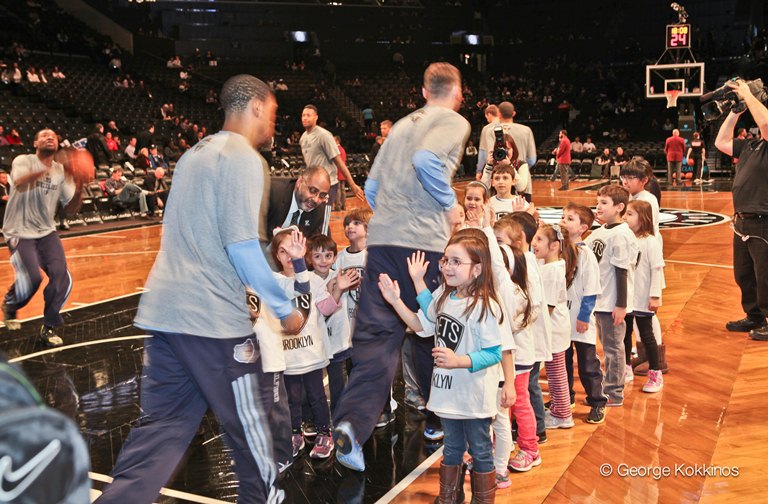 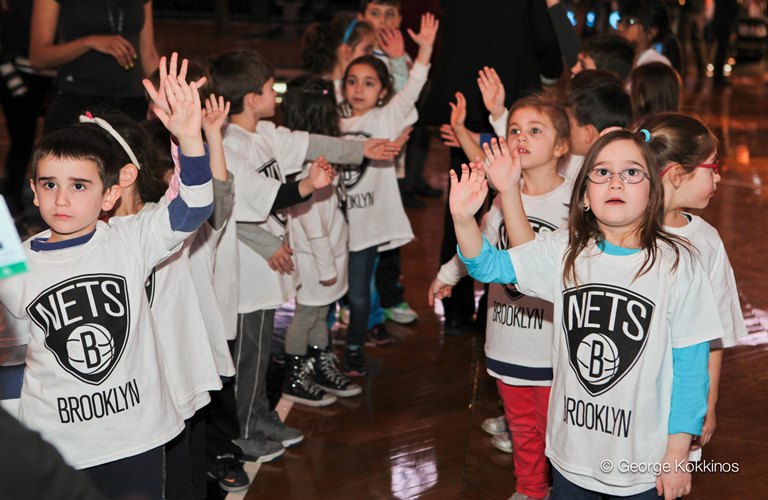 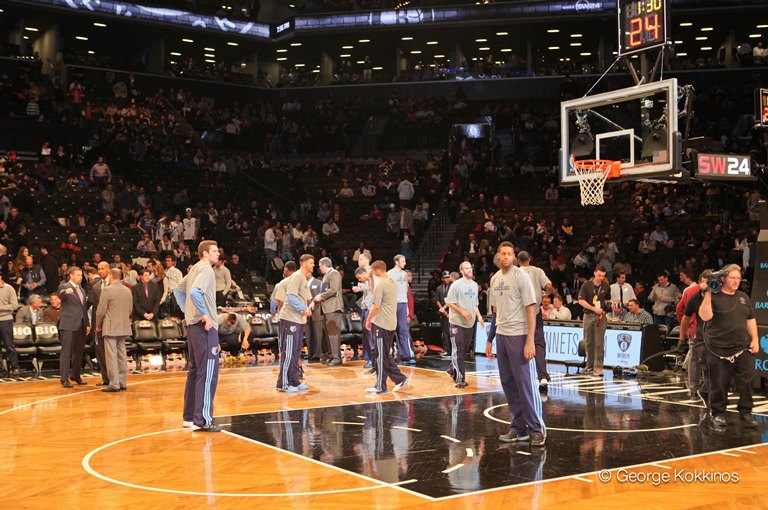 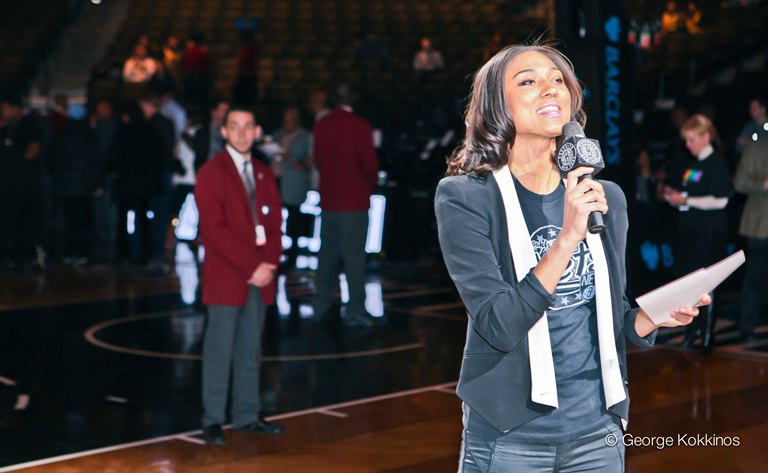 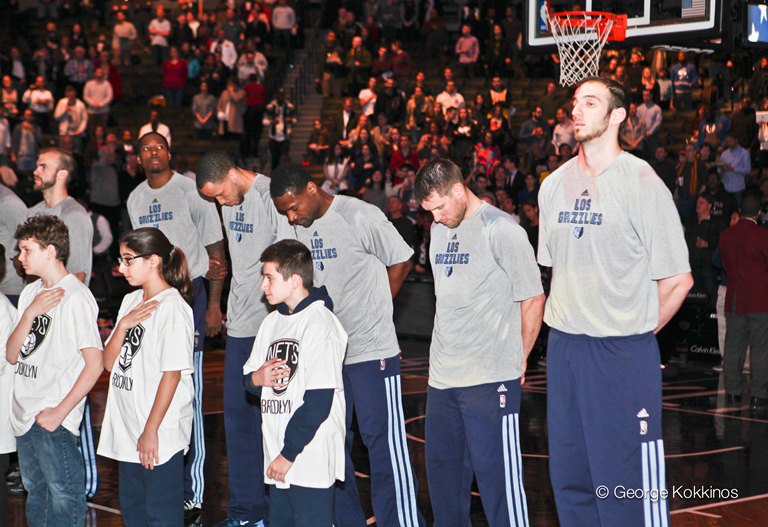 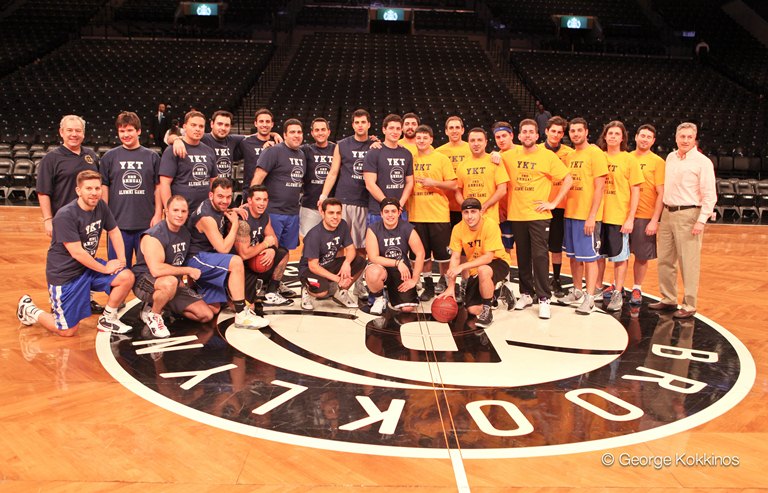 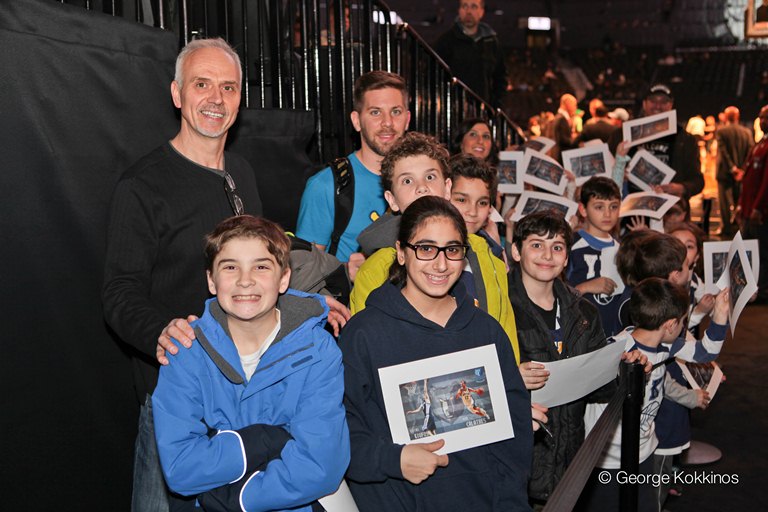 Kostas Koufos is a Greek-American from Ohio and was drafted out of college with the 23rd overall pick selected by the Utah Jazz in 2008. Since then he was traded to the Timberwolves, Nuggets and the Grizzlies.

Nick Calathes is a Greek –American born and raised in Florida. He began his basketball career with the Greek Basketball Team Panathinaikos, and then recruited by the Memphis Grizzlies.

Both players play on the National Greek Basketball Team. 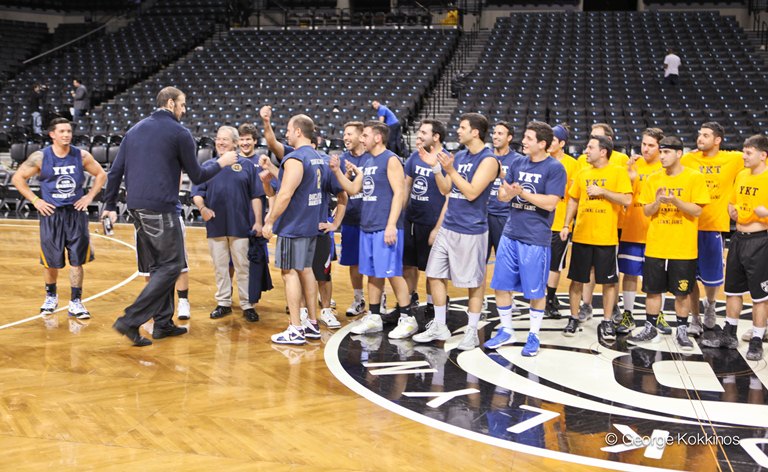 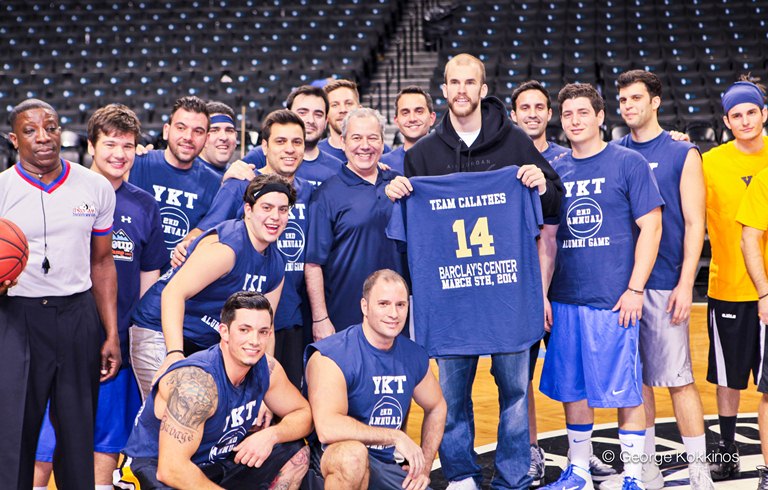 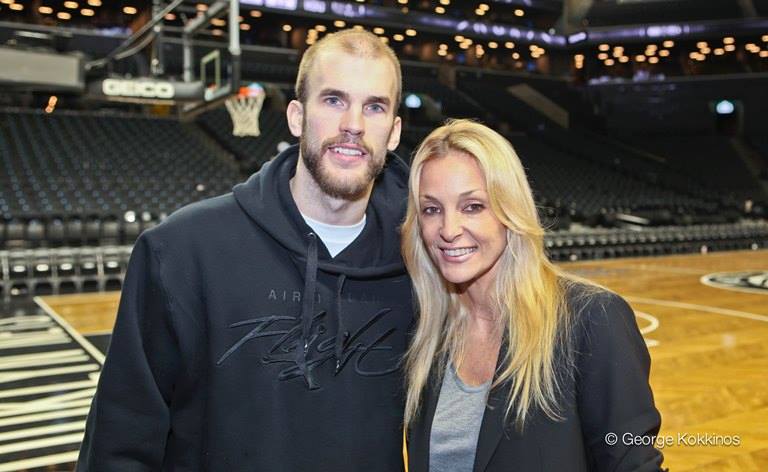 This summer James is also organizing a soccer camp and bringing players from the Greek National Soccer Team. 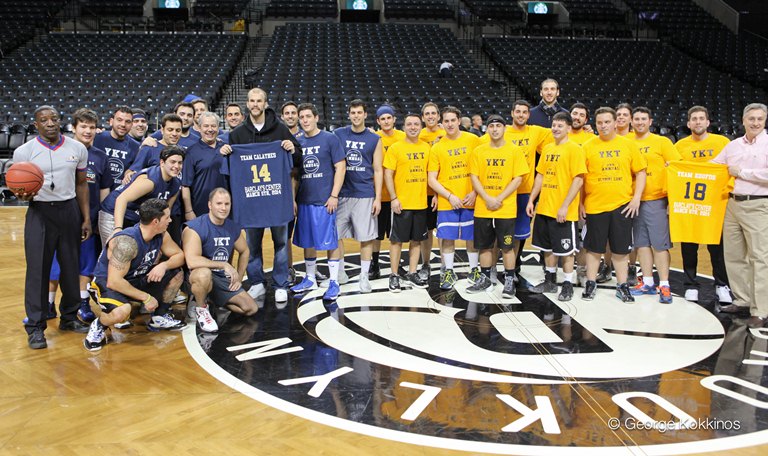 After the Game the Alumni team of Kimissi Theotokou played their annual alumni game, the players told the cameras of New Greek TV that they want to keep the tradition alive and pass it down to their children. 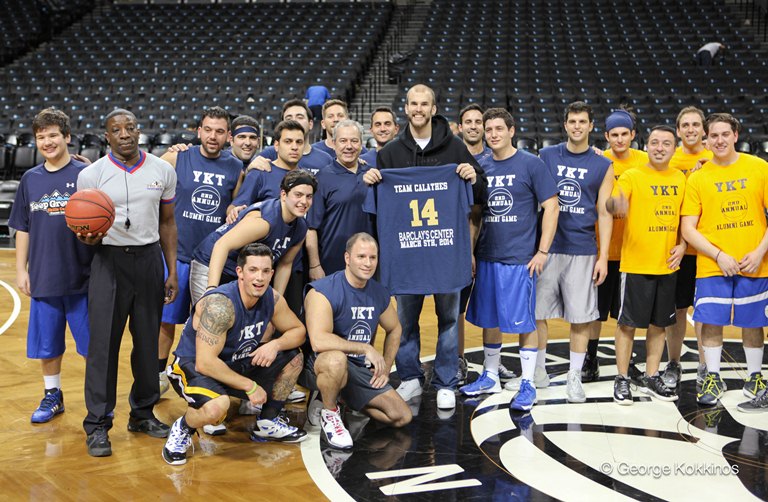 Congratulations to the Greek-American Community of Brooklyn! 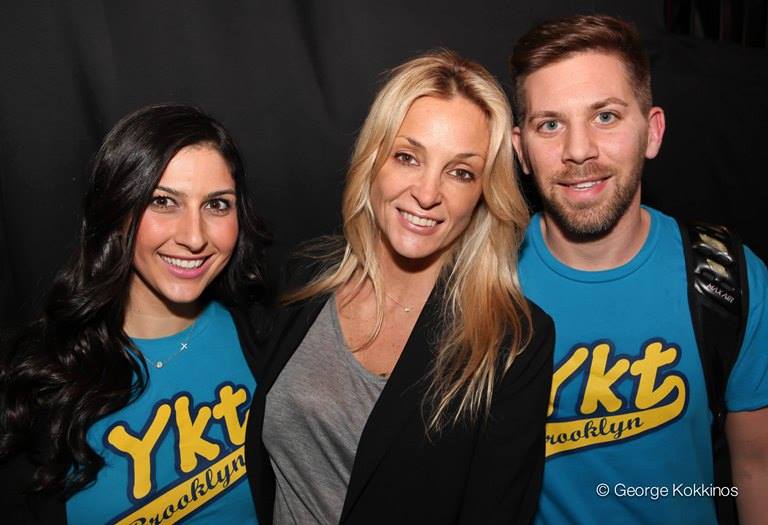 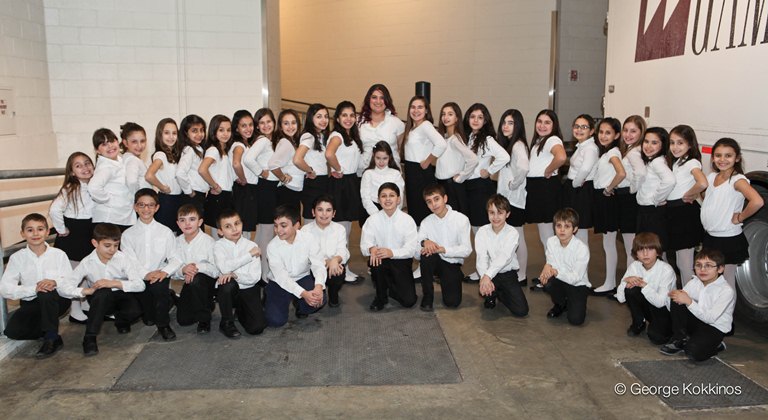