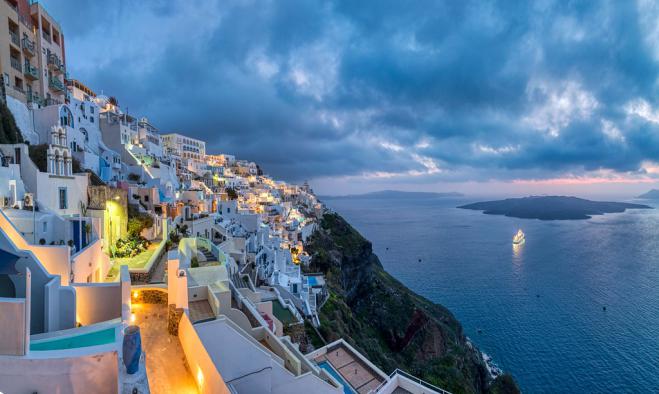 The bookings of short-term rental accommodation in Greece for the summer period are "running" with a three-digit percentage, bringing our country to the top among 20 European countries.

Analytically, as shown by AirDNA data, bookings for Airbnb in Greece from the beginning of June until the end of September increased by 232% compared to the corresponding bookings made last year in the same period. It is followed by Portugal with an increase of 196% and Croatia with an increase of 151%.

Overall, the number of bookings made this year is 7% higher compared to the corresponding size of 2019, ie the last year before the pandemic.

Based on AirDNA data and concern active real estate ads (with at least one lease in the last 30 days of each reporting period) and result from the analysis of data from the Airbnb and VRBO platforms, currently in Athens, Thessaloniki, Crete, Mykonos, Corfu, Rhodes, Santorini, Paros, Rhodes, Zakynthos, Kassandra, Sithonia, Naxos and the Small Cyclades, Lefkada, Kefalonia and Kalamata there are more than 38,000 short-term rental accommodation active, while a total of 74,000 operate in all of Greece.

In July last year, 112,700 accommodations were registered nationwide and 7,759 in the center of Athens. In the corresponding month of 2019, 132,800 and 11,590 properties were offered on the market respectively. July is the month with the highest demand.

However, according to AirDNA analysts, future forecasts for the European market remain slightly uncertain due to Russia's ongoing attack on Ukraine, the potential impact of new Covid-19 variants and the fact that demand for short-term rental accommodation continues to exceed .

For the time being, the Russia-Ukraine crisis does not seem to have affected bookings, with analysts expecting the impact of the war to be felt later.

In terms of peak months (June to September), from the booking data on March 1, there were 74% more summer bookings than in 2021, while the rates continued to increase by 4.2% compared to last year (and 25.1% higher than the percentages of 2019).

The supply of available entries — previously reduced by the pandemic — continues to recover across the continent (+ 4.1%), but remains lower than in 2019 (-7.5%).