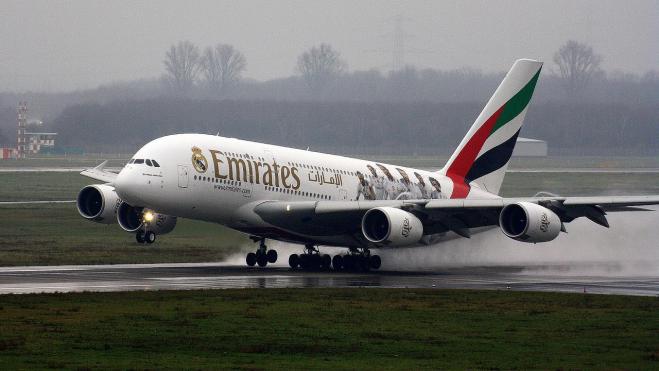 A call to Emirates for a direct flight from Dubai and New York to Thessaloniki, was addressed by the Minister of Tourism Vassilis Kikilias.

He personally referred to the impact of the tourism product on the development perspective of the country, said the Minister of Tourism Vassilis Kikilias, in his greeting at the Emirates special event for the fifth anniversary of the company's direct flights on the Athens - New York route.

"After a crisis of more than ten years, Greece has now turned the page and is looking to the future with confidence. Our country is constantly gaining the vote of confidence from international investors, significantly improving its infrastructure and giving new momentum to the development of the national economy", the Minister of Tourism noted characteristically.

Mr. Kikilias stressed the success of Emirates' direct air connection Athens - New York, which - as he underlined - actively supports tourism and facilitates travel, but also Greek trade, twelve months a year. At the same time, he described the level of bilateral relations with the United Arab Emirates as exceptional and their strategic nature, a fact which - as he said - was confirmed in the recent meeting of the Prime Minister with the heir to the throne of Abu Dhabi.

"You chose to trust the Greek economy, at a time when anyone else was reluctant to restart the daily direct Athens-New York connection. The result justified you. And it justified us all. And the numbers are an indisputable witness. Now - from all three American companies - the direct flights from the USA to "Eleftherios Venizelos" are, in total, 63 per week. A number that corresponds to half a million travelers directly from America, without taking into account them and all those who travel to our country through intermediate destinations", pointed out the Minister of Tourism.

Mr. Kikilias highlighted the institutional interventions of the Government for the creation of a favorable investment climate, listing the basic infrastructure projects that are implemented and related to the tourism product.

In this context, he asked the company to consider the possibility of a direct air connection between Dubai and New York and the airport "Macedonia" in Thessaloniki, which - as he said - can become a hub for all the Balkans.

"Residents of the Balkan countries prefer to travel abroad through Thessaloniki. The airport "Macedonia" has been significantly upgraded. Investments in the hotel industry are continuous. "The port of the city is connected to the airport for the check-in and the transport of travelers' luggage, while cruises -especially for the port of Thessaloniki- shows an increase of 250% this year, which shows the dynamics of the city", he concluded the Minister of Tourism.