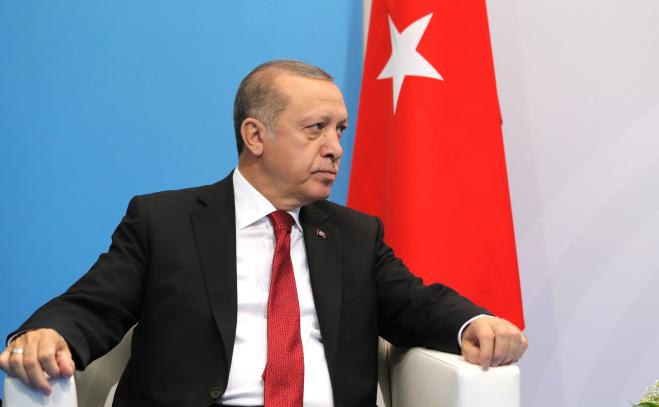 Turkish President Recep Tayyip Erdogan is in a corner once again against the background of the F-16 purchase from the US, as it seems that those in Washington who want to put a "brake" on such a development are increasing day by day, thus showing that they are in no mood to tolerate the "sultan's" proclivities in the Aegean.

It may be that the Turkish president believes that sooner or later the objections to the sale of F-16 in the USA will be overcome, but it seems that such a thing seems quite difficult for the time being.

US lawmakers are continuing to press for an amendment that would ensure that US F-16 fighter jets – should they be sold to Ankara – would not be used by Turkey to violate Greek sovereignty.

In fact, in a letter to the leadership of the Defense Affairs Committee in the House and the Senate, 22 lawmakers request to maintain the restriction on the ability of the Joe Biden administration to sell F-16 aircraft and modernization kits to Turkey.

A slap in the face

"At a time when we need to promote the unity of the NATO alliance, we must ensure that American weapons are not used for hostilities within the alliance. Turkey has used its existing fleet of F-16s to repeatedly violate Greece's sovereignty and territorial airspace, undermining unity within the NATO alliance," the lawmakers said in their letter, sending a clear message against Erdogan and Turkishproclivities.

At the same time, Greek-American Republican congress member Nicole Malliotakis, speaking to SKAI channel, talked about the bipartisan effort that has been made in Congress to block the sale of F-16s to Turkey.

Asked about a possible sale of fighters to Turkey and speaking about the attitude of US President Joe Biden, she said that it would be very difficult for him to assure Congress that the specific equipment and fighter planes would not be used against Greece.

Meanwhile, US Senator Robert Menendez continues his clear support for Greece, sending messages in all directions that he will not allow the sale of fighter jets to Ankara to proceed.

The US senator, known for his staunch support for Greece and Cyprus, said Turkey should remove its 35,000 troops from the occupied northern third of the island and would try to block the sale of F-16 fighter jets to Turkey.

"As long as I am chairman of the Senate International Relations Committee and I have a say in the sale of military equipment, I will not agree to sell F-16s to Turkey," Menendez pointed out and added: "We should not reward a country that is aggressive towards its neighbors