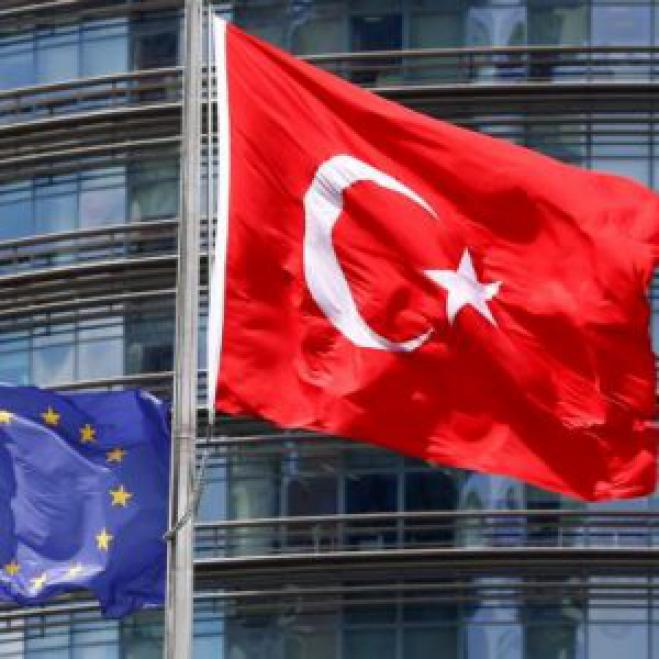 Turkey must respect the sovereignty and territorial integrity of all EU member states, the European Commission emphasized on Wednesday, a statement included in the Commission's report on enlargement.

In its 2022 Enlargement Package assessment, presented by Commissioner for Neighbourhood and Enlargement Olivér Várhelyi, the European Commission states: "The European Council has repeatedly reaffirmed its strategic interest in a stable and secure environment in the Eastern Mediterranean and in the development of a cooperative and mutually beneficial relationship with Turkey. However, the situation in the Eastern Mediterranean has again become tenser. Turkey must respect the sovereignty and territorial integrity of all EU member states."

In a detailed report section on EU candidate-state Turkey, the Commission states: "After some positive developments in 2021, relations with the EU deteriorated in the first half of 2022, due to repeated violations of Greek airspace by Turkish fighter jets in the Aegean and threatening Turkish statements regarding the sovereignty of Greek islands, and against Cyprus.

“In addition, Turkey continued to carry out military exercises in the maritime zones of Cyprus, and Turkish warships illegally obstructed survey activities in the Cypriot Exclusive Economic Zone (EEZ). Despite international condemnation, Turkey continued with its plan to open the fenced-off area of Varosha. Tensions in the Aegean Sea and Eastern Mediterranean were not conducive to good neighbourly relations and undermined regional stability and security."

The report added that the EU, most recently at the European Council of June 2022, "…has repeatedly urged Turkey to avoid making any kind of threat, creating any source of friction or carrying out any action that damages good neighbourly relations and the peaceful settlement of disputes. The EU has reaffirmed that it has a strategic interest in a stable and secure environment in the Eastern Mediterranean and in developing a cooperative and mutually beneficial relationship with Turkey."