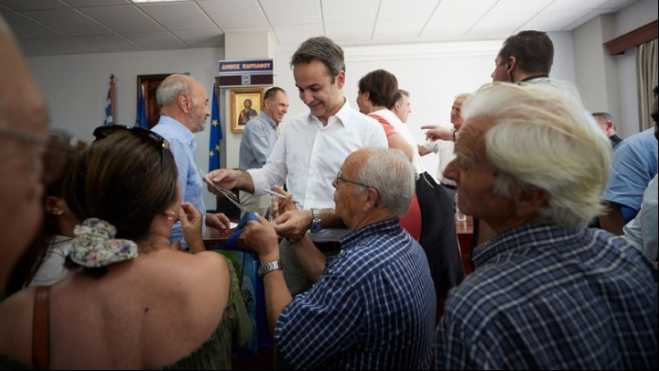 Prime Minister Kyriakos Mitsotakis on Saturday said that "our border islands should not only be thought of as guardians of our maritime borders, but also be seen as ambassadors of friendship with our neighbors," speaking from the island of Karpathos, the second largest island of the Dodecanese and the first inland destination to visit as Prime Minister.

He stressed that governmental support for the island is a top priority, pledged that the Karpathos hospital will open fully staffed, and elaborated that "opening your hospital as soon as possible - and I mean not just simply cutting the inaugural cord, but launching a fully-working hospital with doctors and nurses - is a policy target beyond right, centrist, or leftist politics."

At a Karpathos city council meeting with Mitsotakis on Saturday, the Prime Minister reiterated that the construction of the Karpathos hospital, which began in 2014, is a major priority, and noted that the project should be completed within 15 months, starting in September, including full staff and medical equipment.

Mitsotakis pointed out the necessity to improve Karpathos' connectivity to mainland Greece by increasing ferry and air services to the island of Rhodes, to Athens and to Crete.