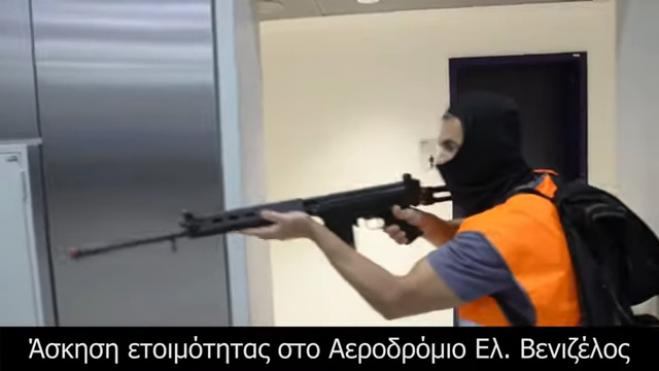 Police officers at the Athens International Airport Eleftherios Venizelos conducted an exercise to counter the terrorist threat on Thursday, December 12, 2019. According to the scenario of the Athens Airport Police Directorate exercise, police officers had to respond to a terrorist act inside the central terminal of the airport, to confront 2 gunmen and to detonate an explosive device.

Officers from the Special Repression Counterterrorism Unit (EKAM), the Explosive Ordnance Disposal Service, the Special Control and Patrols Task Force, and the Athens Airport Police Directorate, Security and Traffic Police, participated in the exercise. The exercise was crowned with success and, in fact, the Hellenic Police (EL.AS) posted on social media an impressive video of a terrorist threat at Eleftherios Venizelos International Airport.