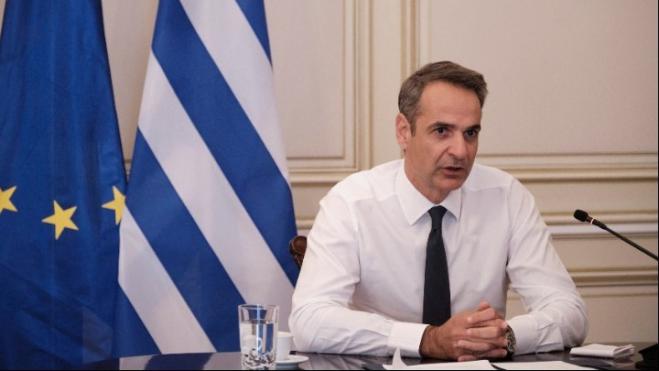 Greece expects to achieve a particularly strong recovery in 2021, Prime Minister Kyriakos Mitsotakis told an international investor audience on a teleconference organized by Bloomberg on Wednesday.

Mitsotakis was introduced by company founder and former New York City mayor Michael Bloomberg, who spoke of his success in managing the coronavirus epidemic in Greece and of the economic reforms and the aid measures that will help Greece overcome the crisis. The measures have built confidence among investors, Bloomberg added.

Responding, the Greek PM said the last three months presented a great challenge to Greece, as to other countries. The first quarter of 2020 has been difficult but not destructive. Although the Greek economy shrank by 0.9 pct, the average shrinking in the Eurozone was 3.6 pct, he said, and attributed the strong results of the first two months to the reforms that kicked in.

The next challenge relates to preparing for incoming tourists, he noted, with the hope of salvaging some of the losses of the summer season. He said it was pretty certain that there would not be a second outbreak of the virus in the summer, but warned of an economic storm ahead due to the pandemic.

The pandemic accelerated changes in Greece, he said, adding that because the government has established the foundations for a fast development, this will be very powerful. If all goes well, and vaccine for the virus is released by fall or winter this year, 2021 could prove to be the year of a robust growth for Greece, he said, with many investment opportunities in a stable political environment.
In addition, he said, besides vacation, great weather and beautiful sites, Greece provides and trains high-level professionals, a factor that particularly attracts investors to Greece.