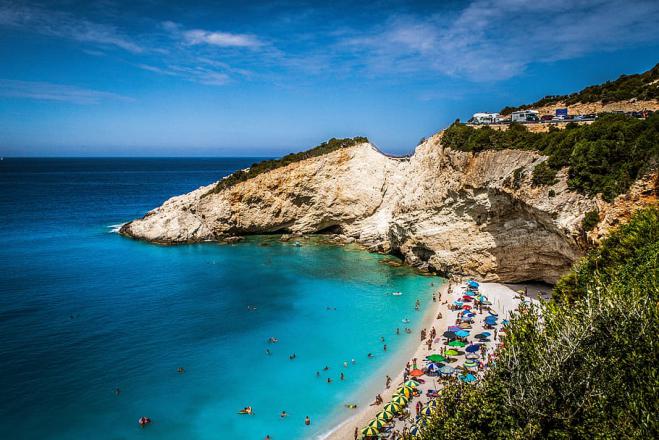 The rapid spread of the coronavirus in Greece - and especially on the islands - during the summer has proven a "migraine", at a time when people are preparing for the big holiday season of August and while the cases of the Delta mutation are increasing alarmingly.

The data for the Ionian islands are milder but with an increasing trend. Indicatively in Corfu in the last 24 hours 27 new cases were recorded.

The Committee of Experts is expected to meet today, Thursday, and is ready to take any restrictive measures necessary in the "orange" areas. In fact, it is not ruled out that the new epidemiological map will be formed with several negative upgrades of areas to the "orange" category.

Today, moreover, there will be news for Mykonos, which is in "mini" lockdown mode.

In addition to the issue with the islands, the extension of the mandatory tests for employees in the food service and tourism sectors is expected to be on the table. The issue of extending the obligation of vaccination beyond the sectors for which it currently applies will also be discussed, ie employees in health structures and care units for the elderly and people with disabilities.

The islands with the greatest positivity

Although the transmissibility index (Rt) has dropped to 1.23 in the country, in popular tourist destinations the positivity is skyrocketing.

According to National Health Service data, in the week 12 to 18 July the highest percentages were recorded in:

In the last ten days, 463 cases were recorded in Mykonos, 221 in Paros and 193 in Santorini. In Crete, the DELTA variant is overwhelming as it counts almost 3000 cases lately with most occurring in Heraklion, 910 in Rethymnon while Chania and Lassithi follow.

Given this, scientists fear that the scenarios for a further five-digit number of cases will be verified, even proposing holidays only for vaccinated people to stop the new wave.

The measures that are on the table for the "orange" islands

The spread of the virus in tourist island areas worries experts and in the coming days we may see a Mykonos-type lockdown in the other "orange" islands (Paros, Santorini, Ios, Rethymno, and Heraklion, Crete).

In the spirit of the "Mykonos model", then, among the restrictions on the table are the following:

Mandatory extra diagnostic test (other than those already provided) for unvaccinated workers in tourism - Possibility for the employer to withdraw all unvaccinated workers from jobs with close contact with the public in hotels and their transfer to other posts.
Prohibition of operation of all establishments of health interest from 12 midnight to 07.00 the next day.
Suspension of any kind of event such as organized parties, festivals, public markets
Music ban around the clock
Traffic ban at night
Reduction of the maximum number of people in restaurants from 10 to 4 per table and exceptionally 6, if they are first-degree relatives.

What will happen to Mykonos

The restrictive measures imposed in Mykonos will not be extended, according to the information, but they will not cease to apply earlier than planned, as had been leaked.

According to the latest information, the local lockdown will cease to be valid on Monday, July 26, as originally scheduled, despite pressure from local entrepreneurs and entrepreneurs.

After all, Wednesday's figures show that the number of cases has stabilized, a fact that some attribute to the imposition of measures.