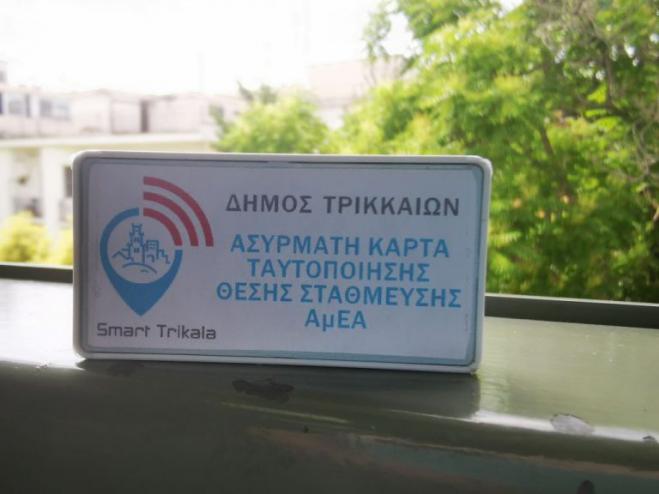 An electronic application that frees the hands of those who want to play sports, as with a "click" they can select the field and the date on which they want to play on it. Preventive parking system for disabled places. Digital platform exclusively for school principals in which they submit their requests for technical issues of the schools…

And these are just some of the steps that cities in Greece are taking on the road to the new digital age. At the recent annual conference of KEDE, the Minister of Digital Government, Kyriakos Pierrakakis, announced the digital transformation program of the municipalities worth 320 million euros, which will be financed by the Recovery Fund and the new NSRF.

According to the plan, in the first phase, 90 million euros will be allocated to the 16 largest municipalities in the country and the Municipality of Trikala. And this program may be implemented in the near future, but in recent years there are municipalities in the country that are making significant efforts, with the sole aim of improving the services provided to the citizen.

Greek "smart" cities exist and put on… glasses with their practices even in big cities abroad.

Trikala: From the "First Trappaizei" to the flood warning

The city whose name is synonymous with technology and the digital age is that of Trikala. From 2016 until today it has developed a network of digital actions for the benefit of its citizens.

Recent additions to the list of innovations is the deterrent parking system for the 30 disabled places that the city has.

Special sensors "understand" if the vehicle in the demarcated position has a Wireless Parking Identification Card for the disabled - which is provided to the person by the municipality. If not, then the Municipal Police, which receives the signal, proceeds to remove license plates. According to the people of the Municipality of Trikala, from the time the measure became known, parking spaces for the disabled were decongested by 40%.

With three large rivers flowing through Trikala, the operation of such a digital tool was vital, with measuring stations at the sources of the rivers, which send the data to make the necessary moves by the Civil Protection of the municipality.

Meanwhile, during the quarantine last March, an application was "born" that helps the citizens of Trikala to "close" the sports venue they want at a specific date and time.

The "First Trappaizei", for the 15 sports centers and stadiums of the city, already has 1,700 users, while only for October the reservations reached 550.

Ios: See how much water you consumed with one app

With the drought having become a nightmare for the last three years and the dam on the island not having a drop of water, the desalination is trying to save Ios.

With the given situation, the Municipality of Ios proceeded with an implementation through which citizens and businesses, such as hotels, will see the water consumption every 24 hours.

"By the end of the year, the project will be completed, while the digital water meters have already been installed. We are talking about a good, water, which is valuable on the islands," explained to "NEA" the mayor of Ios Gikas Gikas.

Just a few days ago, an application was launched in the Municipality of Veria through which the user can see announcements, useful telephones, updates of the Municipal Authority, but also submit electronically his requests for issues that concern him, such as a puddle. or the lighting outside his house.

According to the deputy mayor of e-Government, Digital Policy and Innovation of the city Kallistrato Grigoriadis, for a year now - since the creation of this deputy mayor - significant steps have been taken towards the digital transformation.

"For the last 12 months, a platform has been "running" on which the principals of the city's kindergartens, primary, secondary and high schools submit their requests for technical issues of the schools exclusively electronically. In fact, 2,500 such requests have already been submitted so far. "

Corfu: Global standard for accessibility for the disabled

It is the first island in Greece that gave the opportunity to people with mobility difficulties to reach the sea and feel it using floating wheelchairs and ramps with direct access to water.

A total of 30 beaches in the Municipality of Corfu are accessible for people with disabilities, as there are already 22 floating wheelchairs and four sea track.

As Andreas Skoupouras, Deputy Mayor of Social Policy of the Municipality of Central Corfu, explains, his own difficulty, being a person with 85% disability, became an experience: "Now, the municipality is entering the new digital age and by the end of the year the map of the Old Town of Corfu, so that people with mobility difficulties can travel without being hindered by any obstacle. "

"In the next period, an application for the disabled is expected to start, in order for them to know which beach is accessible and what exactly they will find there."