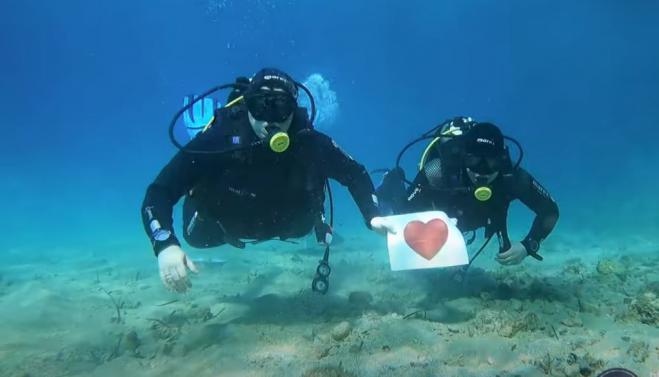 On Valentine's Day, the Municipality of Alonissos chose to officially announce the beginning of the possibility of organizing underwater weddings and vows of renewal in the exotic paradise of the Sporades.

For this purpose, a video-call was made with a group of divers, including the Mayor of Alonissos, who is now able to perform weddings and ceremonies underwater. In the video, the team dives to the impressive seabed of Alonissos and promotes the new pioneering service with a special slogan "Alonissos, I Love You Deeply!" originally captured under water.

The diving team also included the President of the Tourism Committee, Maria Agallou, who had recently edited the first underwater marriage proposal that took place on the island. An underwater wedding on our island is a great way to exchange vows all year round and does not require any special skills and knowledge from the couple, nor unreasonable expenses, she said