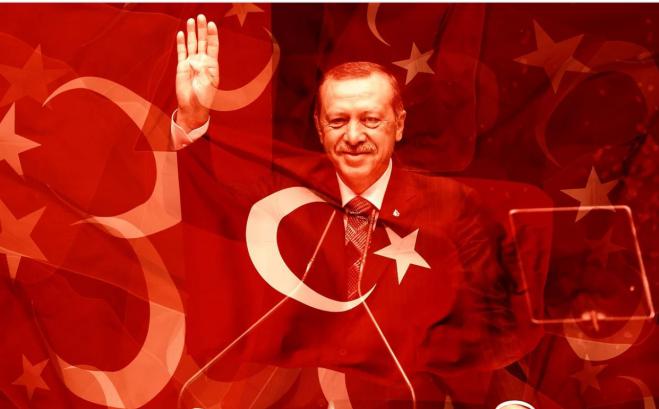 The barrage of Turkish threats and provocations knows no end, since both government officials and the Media are constantly targeting Greece, but also the Greek Prime Minister, Kyriakos Mitsotakis, personally.

In the current period, the media in Turkey are dealing with the issue of tha Greek islands almost every day, airing daily military analysts on the issue of islands who, among other things, claim that the militarization of the islands is a threat to Turkey and that Greece has military forces on Samos, Chios, Lesvos, Kos and Rhodes.

One of them is Mete Giarar, who showed maps on a TV show, as broadcast by SKAI's correspondent, Manolis Kostidis, from Turkey. "The demilitarized regime means that there should be no military flights, no military operations, no military exercises. This country has division-level forces in Rhodes and Lesvos. Directly opposite us in Samos, Chios and Kos they have brigades. "On the other islands they have forces at the level of regiments or battalions," the military analyst said.

"And her prime minister goes there to inspect them," the presenter comments. "Yes, they have air bases and naval bases," the analyst replied.

Turkey is escalating tensions
At the same time, the Turkish president is escalating stoking the fires of tension continuing to attack Kyriakos Mitsotakis, launching threats against Greece.

In a speech yesterday, he addressed the Greek Prime Minister, saying "do not make fun of us. Otherwise you will suffer what your ancestors suffered."

"I hosted you at the residence of Sultan Vahdetin. I offered you food. And at that meal, we came to an agreement together. From now on, let the two of us speak directly. Do not put third parties between us. Okay. 15 days, 3 weeks passed, you went to America, in the Senate you spoke against Turkey. You are talking about F-16s. We cannot digest these things, Mitsotakis, we cannot digest this. The yeast of this nation can not bear to be deceived. Do you know. The things in your past. Your ancestors know very well. Do not try to relive them. The price will be high. "