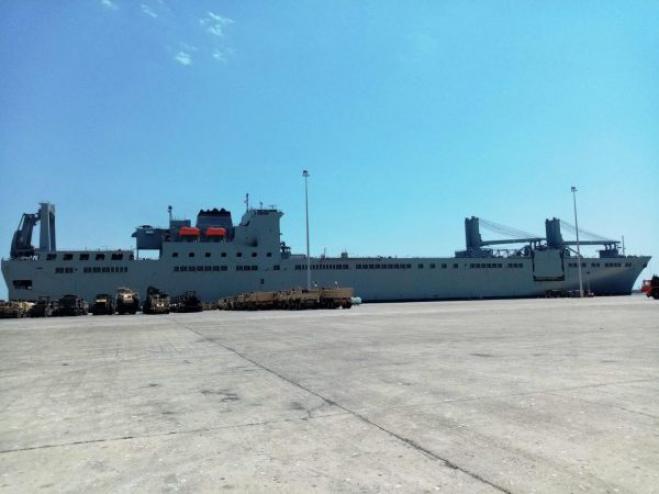 “Further expanding the port's capabilities with a truly large 290m ship! Another record among the many we have achieved!

In the third photo it can also be seen that at the same pier, 50m away, we are loading durum wheat at the same time!" wrote Mr. Hatzimichail.

"Docking of the 290m USNS MENDONCA ( @USNavy military logistics & support vessel for the @USAArmy ), the largest ship ever to dock at the port of Alexandroupolis, to load materiel and vehicles returning to the US!" Mr. Hatzimichail had written in his previous post.

The humongous ship will load military equipment and vehicles of the US Armed Forces participating in NATO and active in the Balkans and Eastern European countries, in order to transport them to the US.

As the president of the port had noted, with his earlier post on twitter "Until September 30, we are going to forward to the USA & Europe, the largest amount of military equipment that has ever been trafficked. With the rotation of June alone surpassing by 2.5 times the largest previous operation".