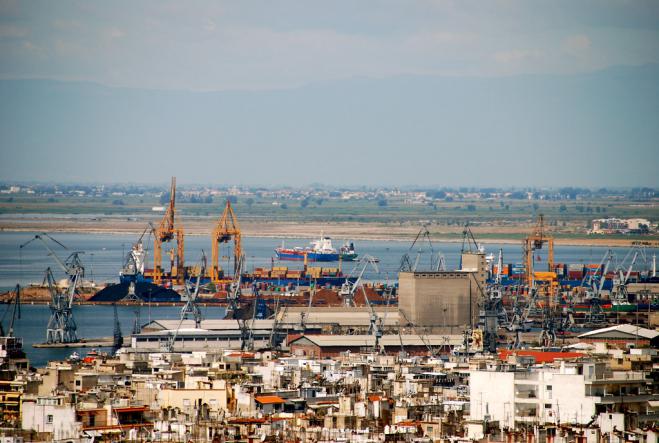 A new regular container train service between Thessaloniki and Nis in Serbia has been launched by the Thessaloniki Port Authority-OLTH SA.

This is the first block-train that carried containers of CMA CGM S.A., a French container transport company, a pioneer in the field of shipping and the supply chain, which departed from the Authority's Container Terminal on the morning of Wednesday 17 August, arriving at the Mbox terminal in Nis on the same day, with a transit time of just 16 hours.

The service was made possible as a result of the cooperation between OLTH SA. and the railway companies of Greece-North Macedonia-Serbia, namely Hellenic Train S.A., MZ Transport A.D., Kombinovani Prevoz D.O.O. respectively, and other 9 private and public bodies.

The Executive Chairman of the Board & CEO of OLTH SA, Thanos Liagos, stated that "OLTH SA consistently implements its development strategy and investment plan with an emphasis on upgrading the infrastructure and equipment of the Port, and at the same time improving the railway connection of the Port of Thessaloniki with neighboring countries. OLTH S.A. is evolving into a port of international importance, able to receive direct approaches of vessels of main lines connecting South-Eastern, Central, Eastern Europe and the Balkans with the rest of the world, offering added value and growth opportunities to all our partners".

Every Wednesday and Saturday

From September 2022, as noted in the company's announcement, trains will depart from both Thessaloniki and Nis every week, on Wednesdays and Saturdays, arriving on the same day at their respective destinations. OLTH S.A. is ready to increase the frequency of routes "serving the demand of its partners, in dynamically developing Serbia".