More than fifty young people attended the "Orthodoxy on Tap" event on January 25th 2018 in Manhattan with visiting speaker the Saint Peter's University Assistant Professor of Theology, Chris Durante, who focused his speech on "Orthodox Christianity and Multiculturalism".

"Given our current social and historical situation, how might the Orthodox Christian tradition make sense of its place within a pluralistic society?" Professor Durante questioned, proposing that "the Byzantine social ideal of symphonia might be able to speak to such issues by serving as the basis of an Orthodox Christian Multiculturalism."

"As an ethical ideal grounded in the pursuit of social harmony amongst distinct voices, symphonia can be re-conceptualized as a means of fostering a sense of unity amongst the diverse cultural identities within the Orthodox canonical fold", he further explained, saying that "This will occur when we are able to come to the realization that valuing our cultural traditions and preserving our customs is not antithetical to adopting cosmopolitan perspectives."

Professor Durante suggested that "Orthodox Christians must seek to cultivate a multicultural ethos of "solidarity in diversity" amongst the various Orthodox Christian ethno-religious communities that calls for the development of a cross-cultural common-mindedness of faith and virtue while accepting diverse cultural expressions of the ways in which the Church exists in the world."

As he highlighted, "In our era of diasporas, diversity, and globalization, a religious tradition that is historically seasoned in the ways of pluralism and fostering a symbiotic existence between faith and cultures, as Orthodoxy is, seems to posses a potential strength which can make it well-suited to flourish in an age committed to multiculturalism, multilingualism and religious diversity."

To be noted that "Orthodoxy on Tap" is a grassroots' fellowship of friends and guests who join together to engage subjects and issues of the world and the Church as they seek to grow as a Christian Body, joining in a common thirst for righteousness. 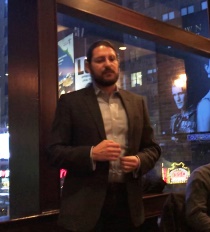 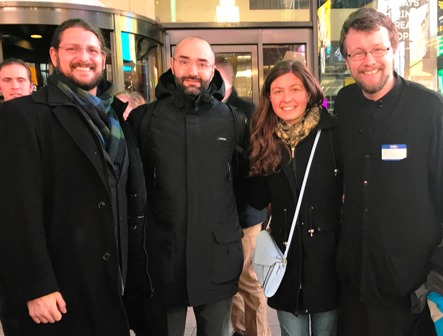