Guests representing the business, religious and the Hellenic community attended the event devoted to the Greek Independence Day, organized by the Rotary Club of New York on March 16th, 2018 in New York. Honorable speaker of the event was the New York State Senator, Michael Gianaris.

New York Rotary Club's President, Dr. Jasmin Bey Cowin, welcomed the guests at the 13th meeting of the 108 year of the Rotary Club of New York and announced the singing of the national anthems of the United States of America and Greece.

The Board Member of the New York Rotary Club and President of the Greek section, Harry Pateroulakis, said that the Greek Independence Day "[...] signifies the determination for the Freedom of Liberty, as both Americans and Greeks share the same morals and values". He also stressed that the aim of the event was to promote "the ancient and modern Greece, the Greece of development, the Greece of opportunities for investment, and Greece as a world-renowned all year tourist destination".

Consul General in New York, Konstantinos Koutras, thanked for the invitation and mentioned that on the occasion of the celebration of the Greek Independence Day, "... we pay tribute to the substantial support and contribution of the numerous American Philhellenes to the success of the Greek Revolution against the Turks", referring at the same time to the friendship between of the United States of America and Greece.

The Director of the Greek National Tourism Organization in North America, Grigoria Kamaterou, said that she was honored for the invitation, announcing that the international arrivals, originating from the U.S. and Canada in 2017, were up near 40%: "Because of our booming tourism industry, we have managed to increase the direct flights to Greece, which now are running, not only in the summer, but all the year around", she explained.

Introducing the guest speaker of the event, Mr. Pateroulakis said that Senator Gianaris was the first Greek-American to be elected to office from New York City, serving as the Deputy Minority Leader and that some of the Senator's accomplishments were authoring New York's first major anti-terror law after 9/11 and introducing the MTA Security Act.

Senator Gianaris highlighted that his speech would be focused on his own personal experience, as the child of Greek parents who came to the U.S., underlining that this immigrant experience in the United States of America also applied to people from so many countries around the world, who had shared a similar experience.

Pictures from the event - D.Afentouli: 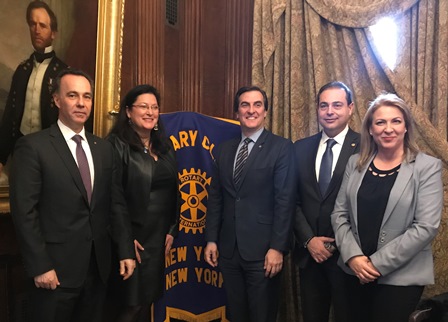 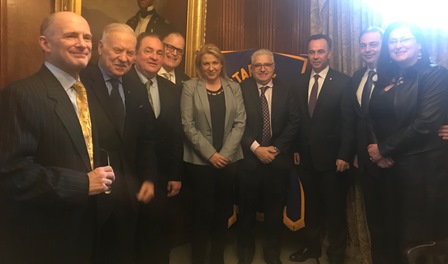 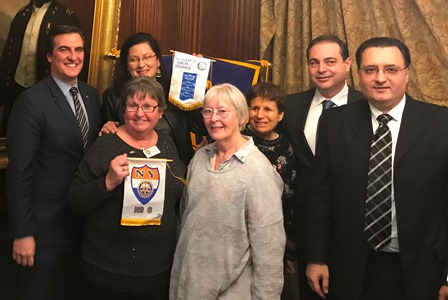