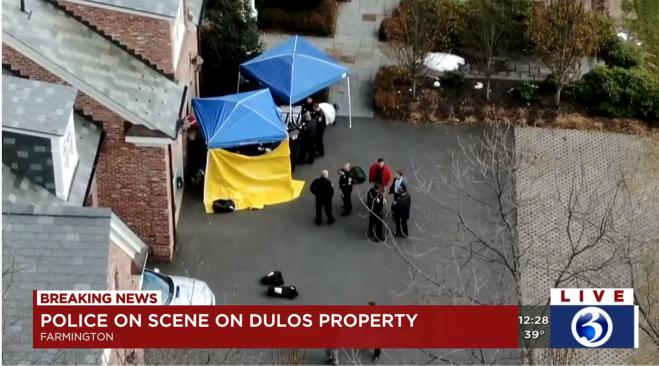 Fotis Doulos, 52, faces charges of homicide and kidnapping his wife, Jennifer, 50, who disappeared shortly after leaving her five children at school last May. The body of the 50-year-old was never found. ,

According to official reports, Fotis Doulos initially appeared to have lost his life. However, after reports circulated in the American press, it appears that the Greek-American is in hospital in serious condition. The police officers who found him in the garage of his home provided first aid and then the Greek-American was taken to hospital.

The Greek-American was found in the garage of his home in Fremington, Connecticut, USA. According to initial information from the authorities, Doulos attempted to commit suicide by inhaling carbon monoxide.

Fotis Doulos was due to appear in court Tuesday, as part of an urgent hearing.

Police have begun investigating Mrs Doulos' disappearance after she did not appear in a series of appointments in New York and after dozens of unanswered messages and calls on her phone. Authorities found blood in her garage, her home and her car as they searched for her home in New York's suburb of New Canaan. The victim's vehicle appeared to have been abandoned a few kilometers from her home.