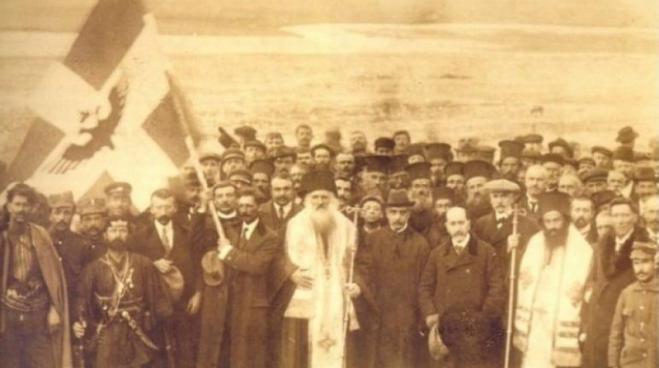 It’s been 106 years to the day since the signing of the Protocol of Corfu that gave autonomy of Northern Epirus within the borders of Albania. Here is, in short, the story of the struggles of the indigenous Greek population residing in Albania and the threats they are still facing today.

During the Balkan wars (1912-1913), the Greek Army defeated the Ottoman Turks and liberated among other areas the Greek cities and villages of Epirus. However, with the Florence Protocol (17/12/1913), the Great Powers of the time (Great Britain, France, Russia, Germany, Austro-Hungary, Italy) granted the areas of Argyrokastro, Koritsa, Delvino, Agioi Saranda, Himara etc. in the newly established Albanian state, regardless of the a fact that their population was entirely Greek.

These areas in the southern part of Albania have since been named “Northern Epirus” since the geographical region of Epirus has been divided between Greece and Albania. 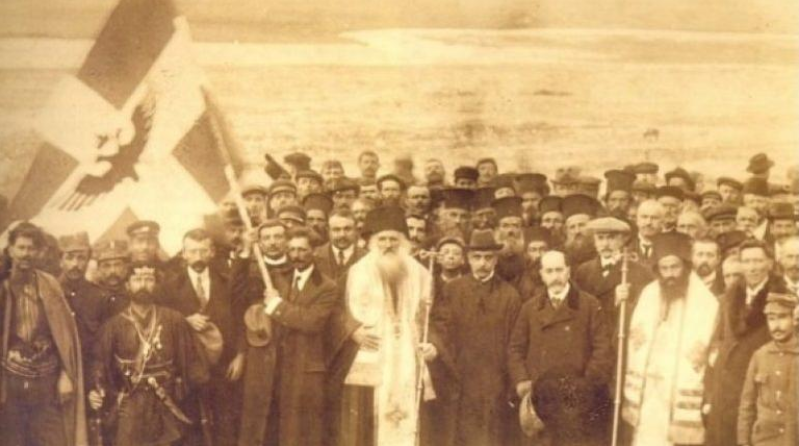 (Picture of the official declaration of Independence on 1 March 1914. President Georgios Christakis and members of the Government, bishops Vasileios and Spyridon as well as local clergy, military personnel and civilians are seen in the front)

The victories of the people of Northern Epirus against the Albanians forced the Great Powers as well as the Albanian government to sign on May 17, 1914, the Corfu Protocol recognizing Autonomy for Northern Epirus. But the provisions of this Treaty were honored for only a few months due to the start of WWI…

Each year, the Northern Epirots honor the anniversary of their Independence as a reminder of Greece’s historical obligations towards the indigenous Greeks of Northern Epirus.

What is the situation today?

Recently, with the occasion of the Albanian elections, one of the people within the Greek minority that voices these concerns, the president of the “Association of Northern Epirus” Mr. Babis Karathanos, was interviewed by Himara.gr, a news website dedicated on issues related to the National Greek Minority of Northern Epirus.

According to Himara.gr, this interview -subtitled in English- is an attempt to bring the issue of the Greek minority to the attention of the international community, especially to those who don’t know anything regarding the presence of the indigenous Greek population in Albania.