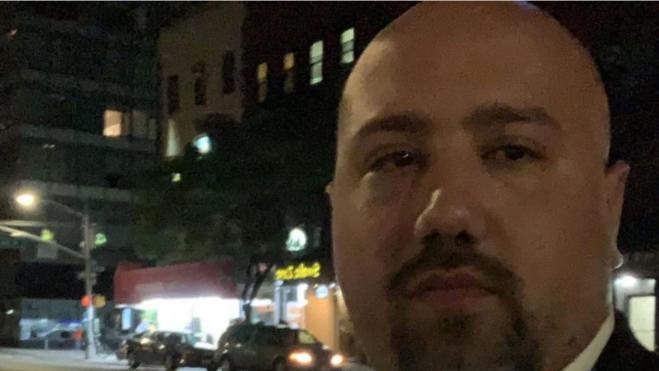 The news of the death of a 29-year-old Greek-American, mentally ill person in New York, during an incident with police, has caused a outrage.

According to the website greekcitytimes.com, the man was George Zapantis. A neighbor called the police and reported that the 29-year-old had a gun in his possession. Police in New York's 109th Department went to the home of 29-year-old George Zapanti in Washington on Sunday night and found him in the basement dressed as a gladiator, holding a samurai sword, with which - as they claim - threatened them.

According to the information that has been made public so far, the 29-year-old Greek-American was suffering from bipolar disorder.

What the mother of the 29-year-old Greek-American says
As his mother, Athanasia Zapantis, described to ANT1, police tased him extensively when he refused to drop the sword he was holding. According to her, her son shouted at police during his arrest that he "cannot breathe", like 46-year-old African-American George Floyd who was killed by four white police officers in Minneapolis. The police, according to Mrs. Zapantis, responded to the 29-year-old that "you all say the same thing" ...

"It simply came to our notice then. A special team should have come, as the child had psychological problems ", said the family's lawyer, George Vombolakis, in the main news bulletin of ANT1.

The video with the 29-year-old Greek-American
The video shows that the suspect was unarmed when he was finally arrested. "There were times when George said he couldn't breathe when they pulled his shirt off," a witness said, adding: "The police replied, 'Don't play this card, no one is choking you.'

An eyewitness said that during the incident in New York, which resulted in the death of the 29-year-old Greek, the neighbor applauded and shouted "well done".

Zapantis reportedly died of a heart attack in an ambulance and was pronounced dead at New York-Presbyterian Queens Hospital. Neighbors described him as a man who went to church and cared for his 33-year-old sister with Down Syndrome. Two witnesses said Zapantis did not threaten anyone with the sword.

The NYPD has launched an investigation into the incident with the death of the 29-year-old Greek-American.