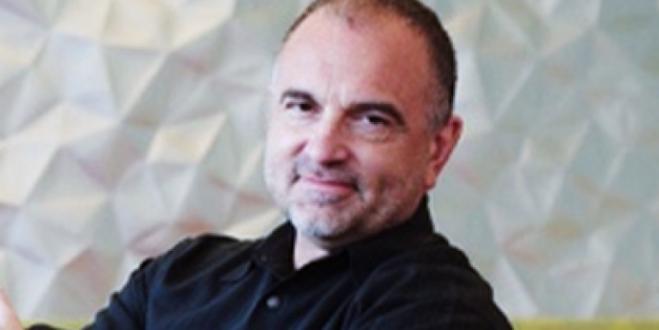 GeorgeYancopoulos is the scientist behind the experimental drug given to Donald Trump after he was diagnosed positive for the coronavirus.

Even before the announcement of the doctors' decision to transfer Donald Trump to the hospital, his doctor announced that he had been given an experimental drug, a cocktail of monoclonal antibodies that is being investigated by the American pharmaceutical company Regeneron.

The pharma may be American, but they have a purely Greek heart, as its co-founder is a scientist with Greek roots. In fact, on Thursday, another Greek at the same pharmaceutical company, Christos Kyratsous, spoke to ERT about the pharmaceutical research on the coronavirus.

The Greek-born scientist behind Trump's treatment

The co-founder, president and scientific director of Regeneron Pharmacy is George Yancopoulos, a distinguished scientist in the field of biotechnology, who, as his name suggests, is of Greek origin.

George Yancopoulos spoke on ABC television minutes after Donald Trump was taken to hospital. As he said, during the tests of the drug they use two dosages, however the doctors of Donald Trump chose the high of 8 milligrams.

The experimental monoclonal antibody cocktail, which appears to have been wrongly called by the White House as "polyclonal antibodies" (Yancopoulos himself corrected the word on American television) has already been tested on 275 patients this week.

It is interesting that the positive results of the preparation, at this early stage, were mentioned in the afternoon by the assistant professor at EKPA, Gikas Mayorkinis, during the live briefing on the course of the coronavirus in Greece.

How does the treatment given to Donald Trump work?

Earlier, Regeneron announced that the results of the first trials are encouraging and that it intends to administer it to 2,000 more patients. "After months of hard work by our talented team, we are particularly pleased to note that Regeneron antibody cocktail has rapidly reduced viral load and symptoms in Covid-19 patients," said George Yancopoulos.

"The biggest advantage of treatment is in patients in whom the immune system does not react (against the virus), which suggests that the drug could be a therapeutic substitute for a natural immune response.These patients were less likely to clear the virus without help and had a higher risk of prolonged symptoms."

The treatment is a combination of two monoclonal antibodies designed solely to block the transmission of the coronavirus, which causes Covid-19 disease, the company said. Prior to Donald Trump, the treatment was tested on patients who were hospitalized, but also others who remained under house arrest. For now, the drug seems particularly promising for patients with mild symptoms.

Who is George Yancopoulos?

The son of Greek immigrants, he grew up in New York and studied at the Bronx High School of Science. He graduated from Columbia University and the Department of Physicians and Surgeons and continued his studies in molecular immunology, where he received an honorary distinction / scholarship, the Lucille P. Markey Award.

In the '90s he was one of the most sought after scientists, with his name being in the 11th place in the list of experts whose name is listed more (in scientific publications) worldwide. He was also the only biotechnology scientist on this list.

He founded the pharmaceutical company Regeneron, of which he remains president, through which he became the first head of research and development in the pharmaceutical industry who became a billionaire through his profession, according to Forbes magazine.

The monoclonal antibody cocktail given to Donald Trump

"This afternoon the president remains tired but in high spirits," Sean Conley, the president's president's doctor, had said in a statement before Trump's decision to take him to hospital. He added that he was given a dose of the experimental antibody cocktail developed by the pharmaceutical company Regeneron, which has given encouraging first results in clinical trials performed on a small number of patients.

Experts are examining the president and will make recommendations for the "next steps", Dr. Conley noted. According to the announcement, Melania Trump has "a slight cough and headache." In addition to this drug, Trump also takes zinc, vitamin D, famotidine, melatonin and aspirin.

As revealed by one of the advisers to the American president, the close associates of the president did not wear masks when they were with him, on the days when they were preparing him for the first televised debate with Democratic candidate Joe Biden. The president's family, in fact, took off their masks in the room where the debate took place on Tuesday night.