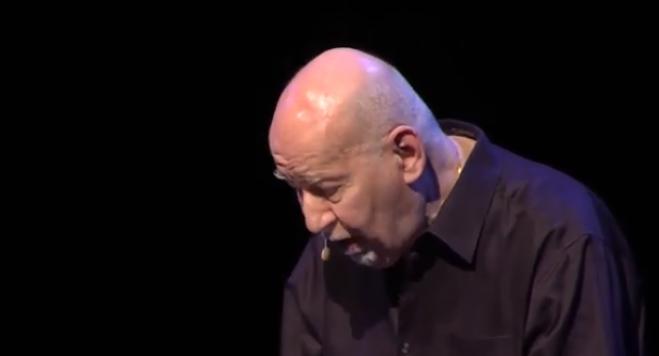 A charismatic figure in advertising and design, the pioneer Greek-American George Lois, responsible, among other things, for some of the most daring and powerful images published in American magazines of the 60s, but also for iconic advertising slogans such as “ I Want My MTV!”, died at the age of 91, at his home in Manhattan, New York, as announced by his son, photographer Luke Lois.

The so-called "Golden Greek", but also "The original Mad Man" (a phrase that referred to the television series "Mad Men" and with which he disagreed) was one of the advertisers responsible for the "Creative Revolution" of the American magazine press in the late 50s and throughout the 1960s.

From a chimpanzee extolling the simplicity of a Xerox printer and Mick Jagger and other rock stars demanding "I want my MTV!", to Muhammad Ali impersonating Saint Sebastian and Andy Warhol "choking" on Campbell's tomato juice, Lois reinvented the art of advertising, against the conventionality and puritanism of the time, with provocative, imaginative campaigns.

It featured black boxer and convict Sonny Liston as Santa Claus, deconstructing the compulsive happiness of the holidays, featured President Nixon covered in powder and lipstick, released a pitch-black cover, from the wild jungles of Vietnam with a single soldier's line ("Oh my God, we hit a girl!") while he was killing an underage girl.

A scion of mountainous Nafpaktia, Lois has in his vast six-decade career founded and led numerous advertising agencies, written books, created award-winning campaigns from soaps to airlines, and is recognized by peers and non-colleagues as one of the most creative and influential representatives of his art.

He was born in Manhattan on June 26, 1931 and was one of three children of immigrants Haris Lois and Vasiliki Thanasoulis. George and his sisters, Paraskevi and Hariklia, grew up in the Bronx. As he always said, the racism he experienced in the Irish quarter where he grew up became the motivation throughout time "to awaken, to disturb, to protest".

He began his advertising career in 1956 as art director at Sudler & Hennessey, moving two years later to the same position at Doyle Dane Bernbach – a company that, under its owner William Bernbach, freed artists and copywriters, often brainstorming , exchanging ideas and believing in their inspiration.

Many of the covers he designed between 1962 – 1972 for Esquire - and which are now on display in the permanent collection at MoMA - were an eloquent, but wordless, critique of society, race, politics, war.

He married Rosemary Lewandowski in 1951 and together they had two sons, Harry - who died in 1978 - and Luke.