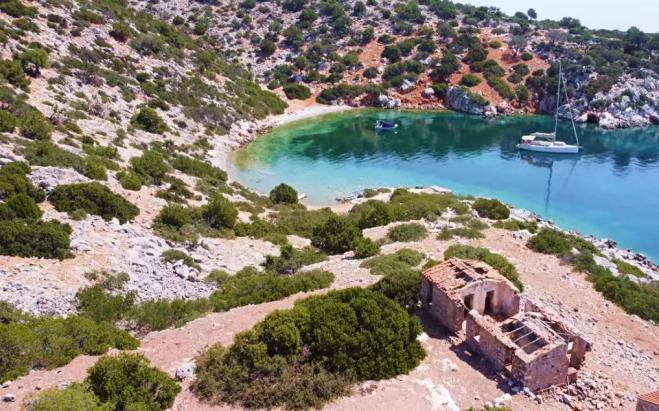 Kyra is located west of Agistri, in the Saronic Gulf, where many but insignificant islands are the little unknown sailing paradise, which is really worth visiting. And visit we shall through the lens of our friend MArinos Charampopoulos.

In ancient times it was called "Pityonisos", because to a large extent the island was covered by pines (pitis), as well as the wider area of ​​the Saronic Gulf.

And its shores may be rocky and they are constantly flirting with their only "mistress", the sea, but there are scattered places around it with sandy beaches with green waters, which are accompanied by minimal moments of day and night by all of them. that with their private means they want a swim there or just to rest in its quiet bays.

As for the permanent residents, they could not be other than a few goats, who walk around the island undisturbed, but also several rabbits, which are impossible to meet during the day, being hidden in the coolest parts of the island.

So if you are in Agistri at sunset, just keep in mind that the "Lady" will be the one who will meet the last with the fiery gaze of the sun just before his spectacular "dive" into the unknown ...