Astoria, New York is one of the world's largest Greek communities outside of Greece.

Walking through the neighborhood, elements of Hellenism can be seen in a wide variety of venues. Yet, subliminal hints of Greek pride are proudly displayed on license plates by its Greek and Greek-American residents. Many cars hold plates that state where their drivers are from, such as "Ioannina" or "Mykonoss", while one of the most comical plates reads "Siga Re". 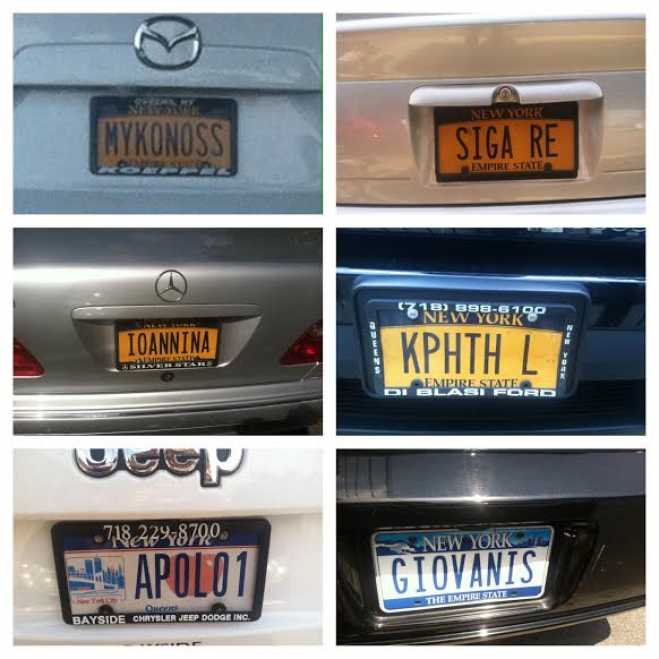 The Queens section of Astoria which is considered to be New York City's "Greektown", received an influx of Greek immigrants who started arriving in the 1960's, with Cypriot immigrants following in 1974.

Greek culture permeates through the neighborhood with numerous Greek bakeries, tavernas, cafes, clubs, churches, shops and restaurants. In recent years, Astoria has become popular with the Manhattan community, due to its close proximity to New York City and rapid subway commute.