Greek-American Emily Beys, co-president of the Schreiber HSA, was nominated by the Democrats to challenge North Hempstead town Councilwoman Dina De Giorgio (R-Port Washington) for the 6th district position.  Throughout the interview with newgreektv.com, Beys discussed at length the importance of her impending presence on the Town Council, as she unravelled her goals and aspirations in serving her district.

Ms. Beys, I would like firstly to ask you the obvious: What made you want to run for the Community Council of Port Washington?

Since 2001, I have been actively involved in many parent and community leadership positions, both in the Port Washington public schools and at the Archangel Michael Greek Orthodox Church, now located in Port Washington. Some of the positions I held were co-president at Weber Middle School HSA (PTA – but called Home and School Association in Port Washington), co- president of Parents' Council (the advisory council to all parent organizations and the school district), co-president of Schreiber HSA and president of the Archangel Michael PTA and president of the Archangel Michael Greek Language Institute. Both my children, Paulina who is 22 and living and working in California for Amazon.com and Emanuel, who is 18 and now attending Cornell Univeristy, have attended the Port Washington Schools and Archangel Michael. Through them and my involvement, I have gotten to know both the Greek American community and the entire Port Washington/Manhasset community. I have grown to understand the community, its diversity both ethnically and economically and have developed a deep passion for serving my community. I see this position, Councilwoman of District 6 in the Town of North Hempstead as a natural progression and a continuation of my service. 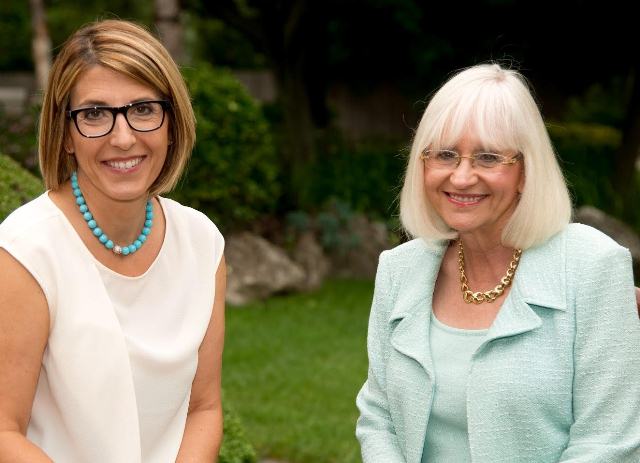 Are you happy with the situation prevailing in your district? What is it that you want to change?

I have spoke to the community and have found there are certain quality of life issues that need to be addressed. Issues such as revitalizing our Main Street (filling the empty stores and helping residents facilitate through the building permit process), making sure that any development maintains the character of our community (cannot have mega projects), traffic flow and parking are also important issues that I intend to work with Supervisor Judi Bosworth with to look for enforceable, safe and viable solutions for. I would like to bring landlords, real estate brokers and store owners together at a round table discussion to brainstorm on different way to solve our empty store problem and I would like to visit other areas of Long Island, like Northport and Huntington to learn from their Business Improvement Districts and Chambers of Commerce. 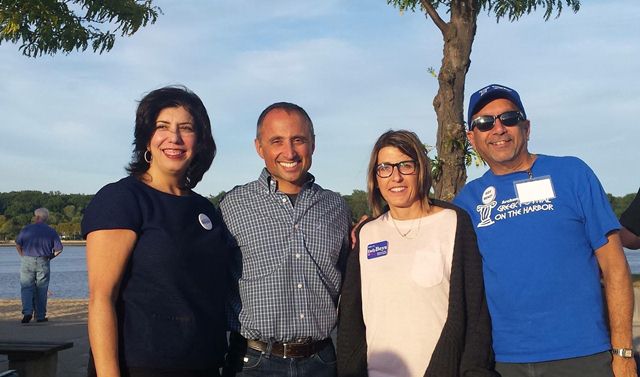 How different is life in a district like Port Washington compared to living in the "heart" of New York, like Brooklyn where you lived until 1995? Are there any particularities?

Port Washington is on a peninsula that is surrounded by water and so the coastline is one of the main attractions here. Another reason people move to this area is for the LIRR train line, which gets you into Penn Station in about 45 minutes. And perhaps one of the biggest attractions are our schools. Port Washington and Manhasset are consistently ranked one of the best in NY State. 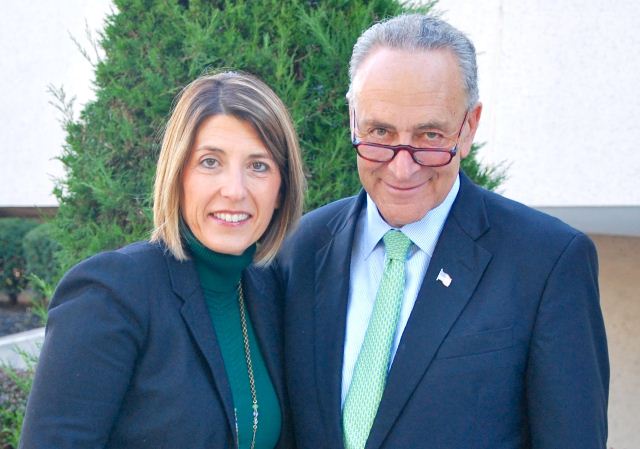 We've come to see that there are several election procedures where voters do not come to vote. Tell us what is happening in Port Washington? Is the public aware of the significance of Local Government?

Good question. The answer is NO. And as a matter of fact, I fall into that category. I did not realize until recently, how important our voice is in local government and only concentrated on issues such as the school budget. In fact, most people I talk to, regardless of age, ask me, "what is town council?" I am grateful for having had the opportunity to become more informed and involved and plan on educating the community on the importance of local elections

You've been several years here as member of the Port Washington school community. Since we're actually talking about a suburb of New York, where we have a diverse number of races and nationalities co-existing – besides you also are of Greek descent – I would like to ask you if the children accept each other regardless of national origin. I mean if racism has been eliminated from schools.

Actually, that is also one of the main reason most people choose to live in Port Washington. Because of its diversity. We want our children to have exposure to many different cultures and languages and so Port Washington is very welcoming of all races. 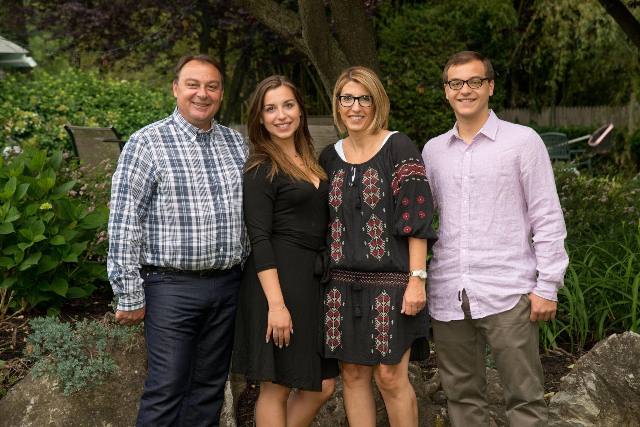 Are you satisfied with the public awareness and the methods of dealing with bullying in schools?

We spending a lot of time doing anti-bullying programs in our schools and there is NO TOLERANCE for it. I have been actively involved in bringing some of those initiatives to our schools through the parent organizations and the Safety and Substance Abuse Task Force I sit on. As a matter of fact, on October 21st, the entire school district is participating in a Unity Day Walk – Unite Against Bullying

Τell us few things about the Greek-American community of Port Washington. How close are you Greek-Americans with each other and to what extent do you rely on their support?

We have a very strong Greek American community. Our parish, the Archangel Michael Greek Orthodox church is one of the biggest in our Direct Archdiocesan District. And as far as a sense of community, we had over 450 volunteers working our Greek Festival on the Harbor that attracted over 20,000 visitors. I have made some of my best friends within this community and have some of my biggest supporters there. I am very grateful for the community and I ABSOLUTELY NEED ALL OF THEIR SUPPORT ON ELECTION DAY, NOVEMBER 3RD!