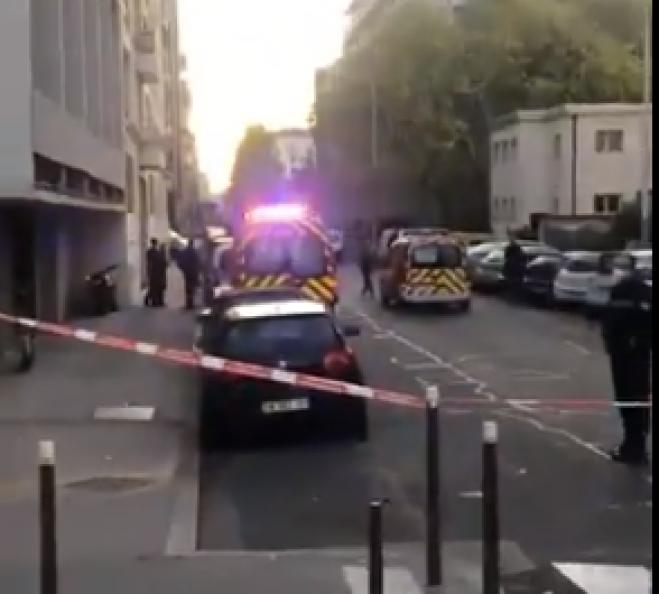 A suspect was arrested after a Greek Orthodox priest was shot dead on Saturday, in the French city of Lyon, according to a police source.

The source could not confirm whether the arrested person is the perpetrator of the attack. Local authorities and the prosecutor's office said it was not yet clear what the man's motives were.

In particular, an orthodox priest of Greek origin was shot by a shotgun today, at 16.00 local time (17.00 Greek time) in Lyon, in central-eastern France and the alleged perpetrator fled, a police source said.

The priest was "preparing to close his church" at the time of the shooting inside the church, according to the same source and a source close to the investigation.
"There was no service" and "the priest was not wearing vestments" clarified the same source.

The 52-year-old priest, who was shot twice, was shot "in the liver and in contact" and his condition is very serious.

"Security forces and rescue teams are on the scene." "Avoid this area and follow the instructions of the authorities," he announced immediately after the Interior Ministry via Twitter.

According to a French Agency journalist, the small church is located in the center of Lyon, in a neighborhood with houses, and with few passers-by on the streets this first weekend of quarantine.

At the back of the church, a fire truck can be seen securing a checkpoint while soldiers guard the security perimeter, as police cordoned off the area immediately after the attack.

According to the statements of the mayor of Lyon on television, the motives of the perpetrator are not yet clear.

A source close to the local prosecutors in Lyon said that the prosecutor's office has launched an investigation into the assassination attempt.

Police have launched a manhunt to locate the perpetrator who shot and injured the priest Nikolaos Kakavelakis, as reported by Reuters.